A 5.6km jaunt to explore the tracks and trails that run through native planting at Duncan park.

The trail starts at the Duncan park sign on Port hills road, run the short distance on a shingle road which becomes a car park, when you reach the end go straight ahead and through the farm gate which is usually open the track is clay based and gets super hard in summer but after rain can be slippery. As you progress up this track you will have horse paddocks on your left and a mix of native bush and gorse on your right, the track is clearly marked with tall wooden poles with W on them.

After a bit you will come to a pine plantation - one track will head towards the trees and another will head right and uphill. The uphill track that you want to follow. After a few minutes you will see a track on your right hand side cutting through the native bush, this is the track you will finish on when you come back down. Keep following the track until you reach the stile. Climb over the stile and follow the trail across the ridge to the next stile, follow the trail down. It's clearly marked with dooden poles and a fair amount of the steps on the way down have been created using old car tires.

Follow the track all the way down into Avoca Valley. The track ends up between two fence lines before you turn right at the end and end up in a large field. Follow the W poles which are in a large field, run around this field with the poles to your left and the open space to your right. On the other side of the poles there will be a creek and native plantings. Once you reach the tall wooden timber fence/hitching post follow that to the shingle road, cross the single road and head up through the oak trees. The club house will be on your left hand side. Follow the track up, after about 300mtrs it will give you the option of going left, ignore this and keep heading straight you are now on part of the cross country course. It is rarely used by horses but the jumps are still there.

Eventually the track will reach a point where you can see a wooden pole and where you came down - ignore this and follow the track you are on through the bush and up through the gate that's always open onto the ridge. Turn right and head up the ridge past the power Pylon and through the farm gate. To your left and about 100 metres up the hill you are going to see two tall farm gates head up to them and if they are closed then go through the right hand side one as it's easier to open. After a bit of uphill the track becomes undulating with more ups than downs on the way out eventually you will reach a pond on a flat part of the Linda Woods reserve. If you have brought your togs and a picnic and the wind isn't blowing then you are in for a treat.

From the point you can see the Kaikoura Ranges, Montgomery Spur and Rapaki track, you will also get a great view of Avoca valley which is being transformed with Native planting. 25,000 trees are being planted this year. Once you have enjoyed the space then run around the pond and head back down the track, passing through the gates and back past the power pylon on the ridge to the first stile that you crossed over head back down the trail till you come to a track on your left cut through the native bush, this track was created by the team who are responsible for the native planting on both sides of the ridge, this work was started in 2014 and is already transforming the space from a gorse ridden wasteland into beautiful nature reserve. Follow this track all the way until you reach the small gate, head through this gate back to your start point by the sign.

The late Mary Duncan bequeathed Duncan Park to the Christchurch City Council in 1949, for a public reserve. Duncan Park consists of 23.4 hectares extending east from the Avoca stream over a steepish spur and down into Horotane Valley. Access is from Port Hills Road. The Duncan Family originally farmed the site. In the 1860s the site was also used as a shooting range and military camp for various colonial volunteer training events. Since 1962, the park has been leased by the Ferrymead Pony club, One of the highlights is the cross-country course, which is unique in Christchurch, due to its steep terrain. Although entrusted to Christchurch City by the late Mary Duncan with the aim of providing for and supporting educational and botanical values, no use was initially found for the land. For a period of 15 years it was neglected, becoming infested with noxious weeds - there was an estimated 13 acres of gorse. Erosion had also caused considerable damage. Early club members had the massive task of re-establishing the land. 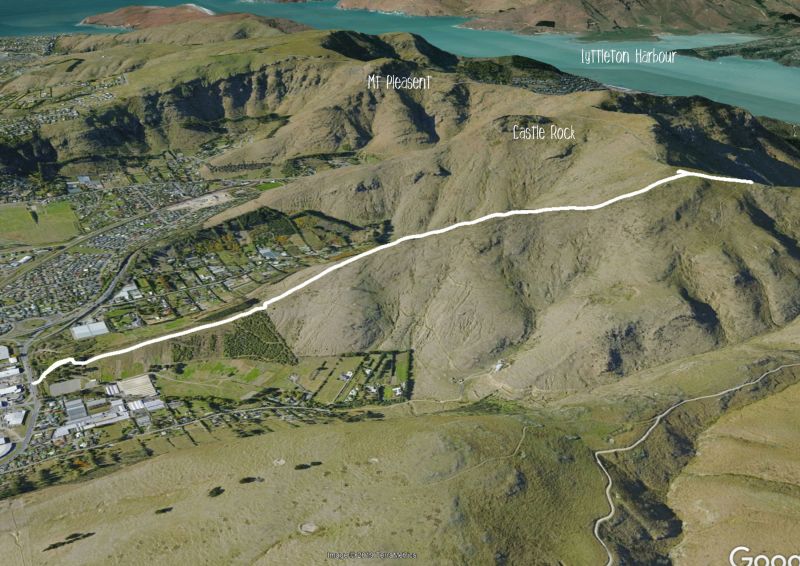