How did you first get into trail running?

Running at home on the farm and on bush trails, e.g. Mt Holdsworth, ahead of  school cross country or athletics. Back then “trail running” didn’t have a name, but was something many of us did, usually as training for the track, road or cross country.

What would you miss most about trail running if you were forced to give it up for some reason?

The ability to get into beautiful areas with limited or no people, reasonably quickly, and maintain some fitness at the same time.

Where are your favourite runs?

Locally (Nelson) I love the farm between Cable Bay and Glenduan – steep hills, expansive sea views, goats, native bush and sheep. A sunny day in fresh snow up Mt Robert (Nelson Lakes National Park) is magic. So is sharing Mt Arthur in Kahurangi National Park with the keas. Across the ditch, the massive rocks, cliffs and gum tress of Mt Buffalo, in Alpine Victoria, and stopping mid-run to hang out with a wombat. Further afield, the Dolomites in Italy and Chamonix/ Mt Blanc area in France, possibly one and two all-time favourites, but Cable Bay is closer! Oh, and the Old Ghost Road – that was by bike, but I “caught the fever.”

What types of trail do you most like to run?

A variety of surfaces, I enjoy technical trails – ideally mountains, and am not averse to a good pub or bakery at the end!

Do you prefer solo or group runs?

Both. I love a Team Speedplay (the people I coach) outing, but have always needed a few good solo explores to “re-boot” as well.

How important is competing to you?

It used to be the key focus. For years my involvement in running was performance and goal driven, yet I was very aware that I was making life-long friends and experiencing some unique travel in the process. I stopped competing in 2014, so the most important thing to me now is coaching. I have coached on and off since the early ‘90s, but in 2016 made it more official by creating “Speedplay Coaching”. I like to retain enough fitness to hit the trails, but my daily focus is helping others achieve their potential, on a one to one, highly personalised basis. It is now other people’s competition, or possibly more accurately, their own benchmarks, that has become my gig - I find that if people focus on being the best they can be, the competition side of things often takes care of itself.

What do you consider to be your biggest trail running achievement?

Funnily enough not a win or a placing, and physically I was not 100% at the time, but my most satisfying trail race was finishing top ten at the Pikes Peak Marathon, which was part of the World Sky Running series that year, and also doubled as the American Mountain Running Champs. It hurt like hell, and the altitude was, well, the summit was higher than Mt Cook, but I was proud of how resilient I was mentally that day. I completely emptied the tank, making the most of what my body had to offer at that time.

What's your most memorable run ever? And what made it so memorable?

Training run, in Kenya, being joined by a school boy in his school uniform and leather shoes, on his way to school, running in total silence but in perfect sync for about 8km, on a remote red dirt road as the sun rose. Sounds corny, but it was pretty cool.

Race-wise, too many to choose from. Chicago, Melbourne and Rotterdam marathons – for different reasons, Dolomites Sky Race (the scenery and crazy, mad cow bell ringing passion of the Italians), World Cross Country Champs in Spain (a hugely disappointing asthmatic disaster, but memorable!). Winning my first NZ title, the NZ Junior Cross Country Champs, memorable because I had coached myself using the “Running with Lydiard” book and it was confirmation that with some “Lydiardism”, application and self-belief it was possible to achieve the goals that put the fire in your belly!

Who do you look up to in the world of trail running? Your heroes or mentors?

Jonathan Wyatt and Melissa Moon were the best in the world in mountain running well before people were hash tagging “trailporn”. I personally think Jono is one of the most under-rated athletes in the history of NZ sport - winning the World Mountain Running Championships seven times, an Olympic semi-finalist in the 5000m, and 21st in the Olympic marathon. Kilian Jornet is an astonishing athlete, with possibly more Instagram followers than the Pope, but despite winning the famous Sierre-Zinal race six times, he has never been able to break Jono’s course record, or match him over shorter mountain distances. Melissa won two World Mountain Running titles, and was helping the homeless on the streets of Wellington in between them. They have both been quietly very generous to all sorts of people in all sorts of ways over the years, including me, for which I will always be grateful.

What are the biggest challenges you face regarding trail running?

Any challenges now relate to coaching rather than my own running. I find that for many people I coach, they come to me unaware how good they are, or can be (!), and it takes some time, patience, encouragement, and well-structured training for the penny to drop in this regard, but it is incredibly satisfying when it does. It is not unique to males or females, or any particular age – my current crop ranges from 11 to 70 years, and it is something I notice throughout this spectrum.

Another challenge is endurance sport being at odds with this age of instant gratification. My background and coaching style is at odds with various “quick fix” and cookie cutter programmes flooding the internet. Running to one’s potential takes time and no, not every single training run or race will feel wonderful. Personally I see value in that process (as well as the results), it sounds a bit like life doesn’t it.

What other sports or pastimes do you enjoy?

Tell us something about yourself that has nothing to do with trail running.

When not coaching, I work part time in the Emergency Department at Nelson Hospital, as a physiotherapist, a different kind of physio that really keeps me on my toes. 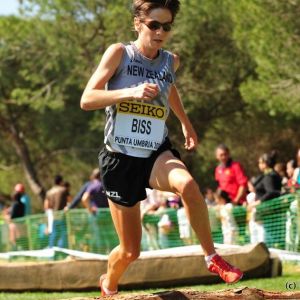 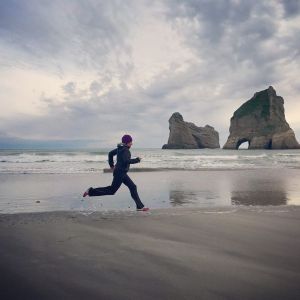 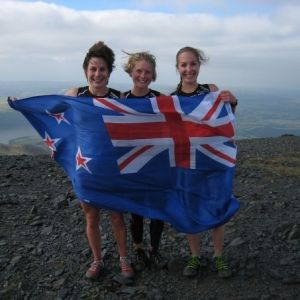 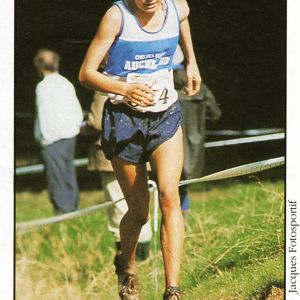 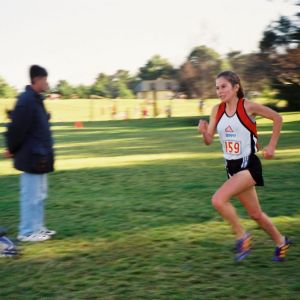 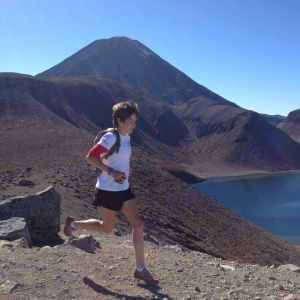