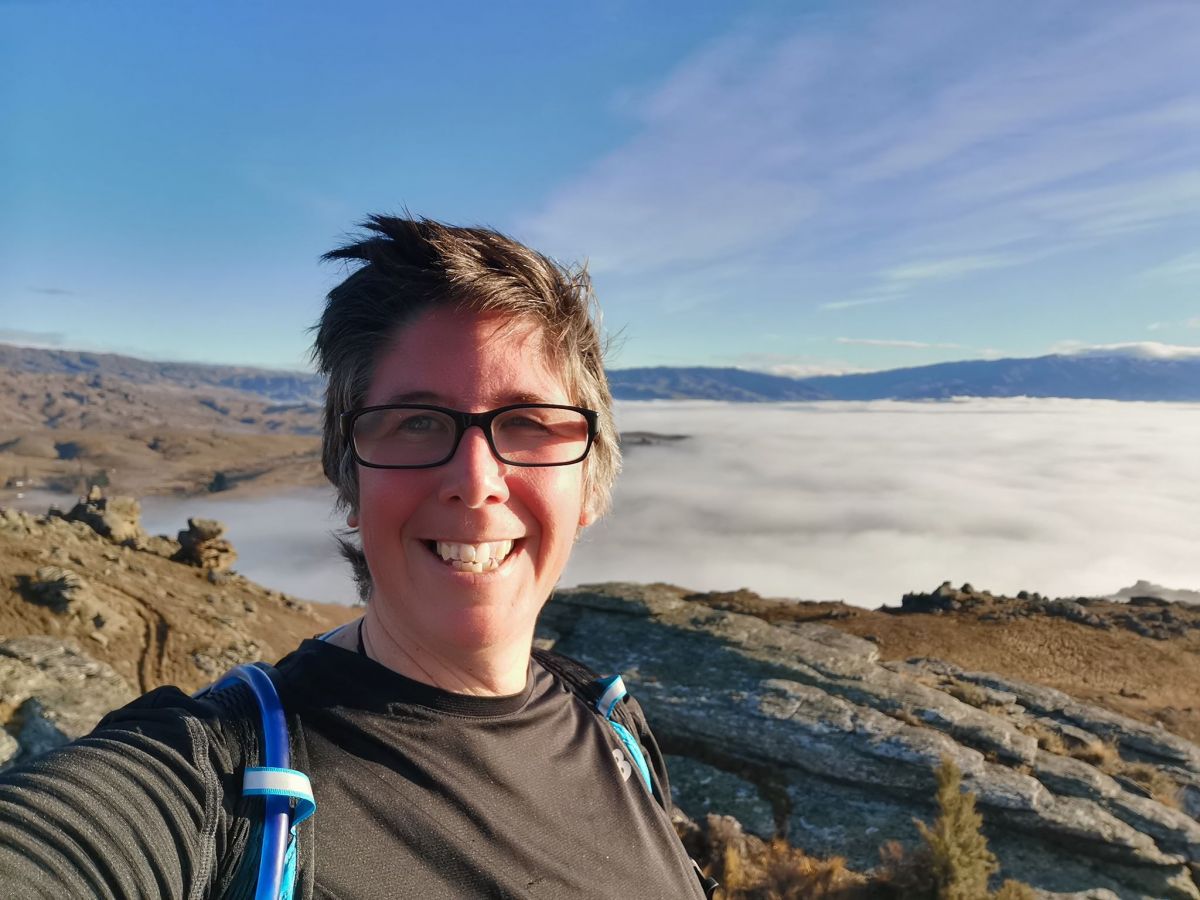 Auckland-based Wild Thing Jo Wilson considers herself a “shuffler in a persistent forward motion” who fell in love with the trails more than a decade and a half ago, in the stunning Waitakere Ranges.

She remembers going for runs with her best mate Scott Iszard out there, while training for some adventure races, back in 2003, when she lived right at the end of the Parau Track.

“We used to get his mum to drop us off somewhere like Karekare or Piha and we would run home to Laingholm,” she recalls.

Despite always having been into sport, Jo says running isn’t something that comes naturally to her. “I’m sort of built like a tank, even when I’m fit,” she says.

She admits she first fell in love with trail running because it felt so much more achievable compared to road running, what with the walking up steep hills and all that.

But that passion has since deepened as she found through trails connections she had yet to unveil in her life - both with others and within herself.

“The friends I run with are my best friends, and the time with them on the trail is truly invigorating. Seeing special places together, supporting each other through the tough bits, watching each other connect with nature... Its just a really special thing to do with people you love,” she says, encapsulating what so many of us feel about the activity. 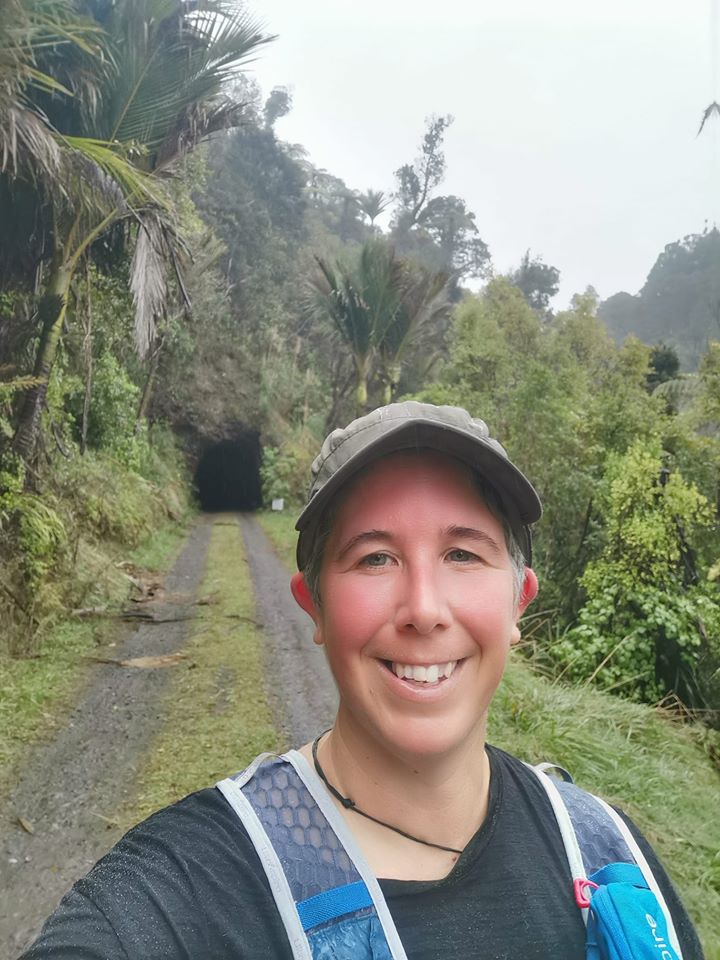 She is now just over a year cancer-free and what better way to celebrate being out in the world and healthy than climbing up a mountain in one of the most stunning places on Earth?

The run will also be symbolic of Jo’s own journey to health: a proper grunt, which she tackled with the same determination she will tackle the race, one foot in front of the other, never giving up.

It helps that she’s got a love for big hills, comparable only to her dislike of flat ground. “I love going up big hills and then running on ridges. Which is ironic, really, because I’m really crap at it,” she says, laughing.

“I dislike running on flat ground intensely. When I was considerably more featherweight than I currently am, I loved nothing more than a fast technical descent. Right now I think I'd break a limb if I attempted that.”

One of her most treasured running memories was completing the Old Moro Madness 8h solo run in Riverhead. “It was the first time I realised that despite being rather tortoise like in my pace, my tank is deep, and I can keep going for a long time as long as no one is in a hurry to pack up the finish line,” she says.

To get ready for the Grunt, Jo is well and truly out of what she calls a “five year rut” and running three or four times a week. For some “easy” running during workdays, she runs loops of Lovers Lane in the Auckland Domain. “I’m adding another loop on each week in some bizarre attempt at fun,” she says, proving that runners really do have weird concepts of “fun”. 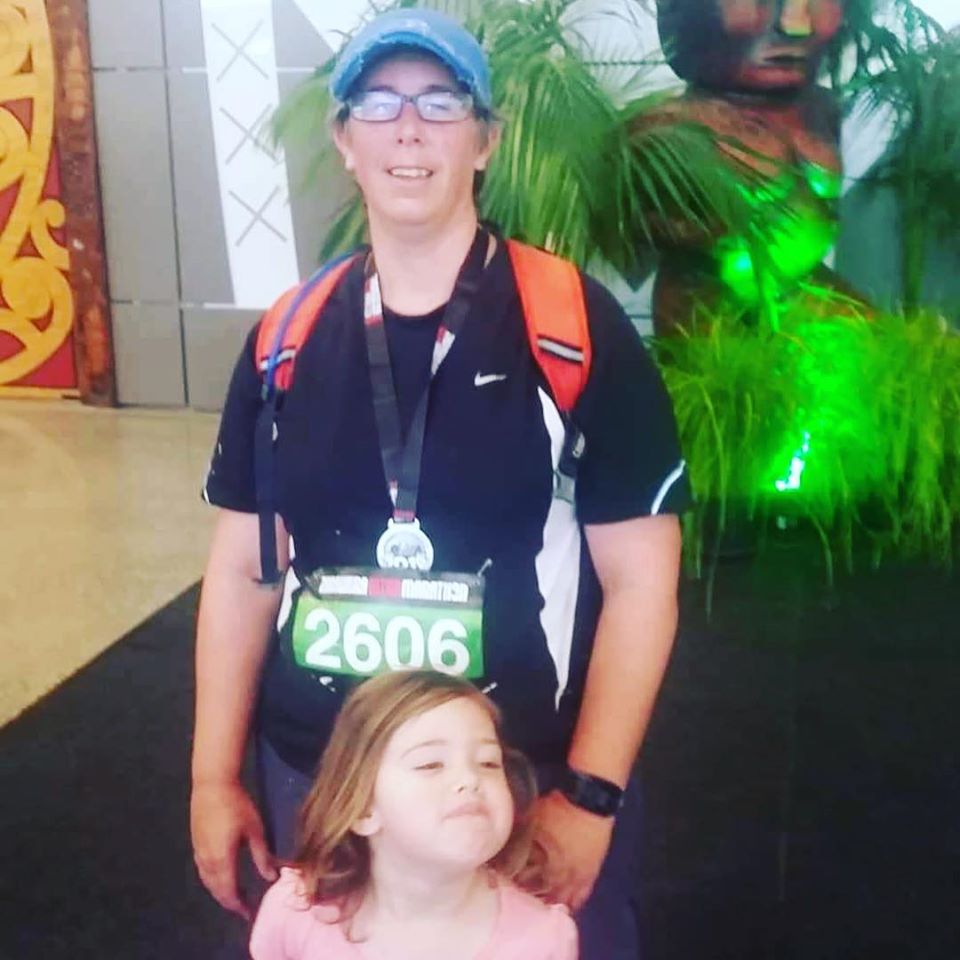 Her goal is simple (but by no means easy): to finish it with a smile on her face.

To get her that, she’s got the most profound of inspirations: her own struggles with her health, as well as a lifetime career as a paramedic, have taught her a valuable lesson - just how fragile life can be.

“I'm motivated by the realisation that life is very fragile, our existence is tenuous and can be snatched from us at any moment. If you want to do something, you should just do it,” she says.

“My work as a paramedic has shown me too many times that life can just sneak up and change in an instant. Last year I got diagnosed with cancer (which I'm now recovered from) but it was just another instance that supported how much the lack of certainty we have around life.”

It’s also really important for her to be a role model for her five-year-old daughter Isla, another constant source of inspiration for Jo. Isla, much like Jo’s husband Xavier, is a constant support in her life. “The thought of hugging Isla and Xavier at the finish line of the Grunt is a big motivator,” she says.

Jo knows, deep in her bones, what struggling feels like. She knows what it’s like to hurt, and to keep going even when you feel like you can’t keep going any longer. She’s no stranger to pain. But she’s also no stranger to crushing through the pain and coming out the other side of it, victorious and smiling.

That’s exactly what she intends to keep on doing, one finish line at a time.