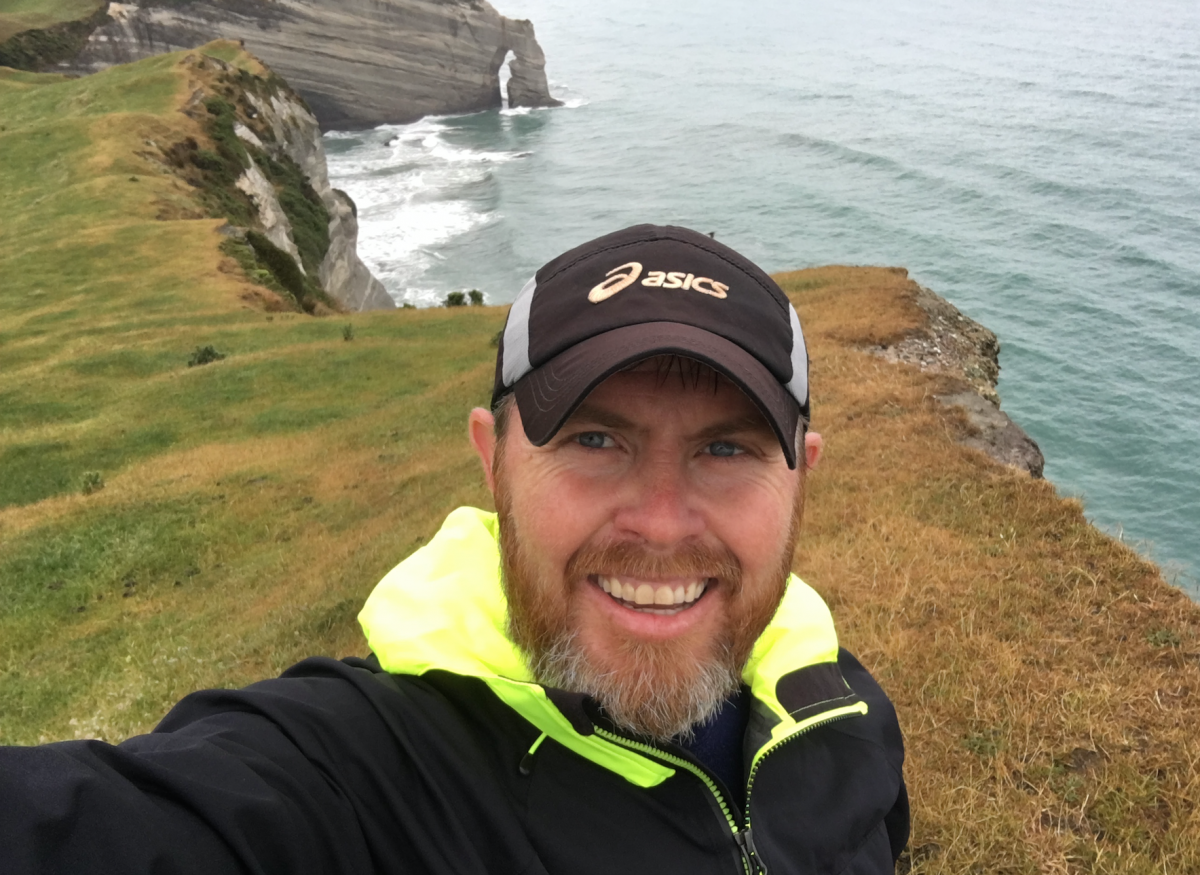 How did you first get into trail running?

As a teenager, it was a matter of heading off with my mate, Greg Mac, to Hunua, to get in some long runs, and find some grunty hills and mean downhills (with my piddly legs going double time to try to keep up with his loping strides). Most of our usual runs were around the footpaths or at the track, so the bush/trails were an escape and a bit of an adventure for a couple of kids from Papakura. For most of my life, I ran on the road. But then about five years ago, I had the urge to run ultras and knew it was time to hear the call of the wild again. Shaun Collins was very generous with encouragement, maps and advice, and Shaun Cooper (an experienced ultra-marathoner and great running mate) was kind enough to allow me to start tagging along for long runs off-road again. I still feel like a fraud being called a trail runner - I'm a runner who loves to get out on the trails when I can. But I see some seriously-committed trail runners whose Strava runs I drool over - they're real trail runners.

What types of trail do you most like to run?

In my mind, I imagine skipping over gnarly, rocky, mountainous routes. In reality, my technical skills are more suited to the groomed, kid-friendly, bark-topped tracks around the Redwoods in Rotorua (although I always still manage to trip over stray tree-roots). So somewhere in the middle is good.

What's your most memorable run ever?

It was the summer of 2012/13. I was training for Tarawera, my first proper ultra. Although training had been going well, with five and six hour runs in the Waitaks, Riverhead and Woodhill under my belt, I was feeling totally daunted and was doubting my ability to even get to the start line. My wise training partner and friend, Shaun, decided that what we needed to do was the Hillary Trail (or at least most of it - from Arataki-Constable Rd). I was fair crapping myself at just the prospect of it - for starters, it was going to be my longest run ever. On the Friday at work, I was totally distracted, worrying about it, worrying that I would let Shaun down, worrying that I would let myself down. We set off just before 6 am at Arataki and ran into a warm, still, summer's day. It was magical. I embraced the challenge of it, leaning into the climbs and thrashing through the streams; I adored the connection with nature, ahhh-ing at the pohutukawa forest at Parahaha valley and smiling at the symphony of west coast beaches - the squeak of black sand under trail shoes, backed by the crescendo of crashing waves; and I delighted in the discovery that a sandwich from the Piha shop after about seven hours running is one of the gastronomic wonders of the world. And I loved the fact that I could do all those things in one exhausting yet exhilarating day. Most of all, I just loved the feeling of ambling along, chewing the fat with Shaun and, later, our friend Guy who joined us for the last few hours. As we sat there in day's last few rays of sun, gutsing ourselves on watermelon and that glorious view from the Constable Rd end of Te Henga walkway, I realised I'd figured out something important: trail ultras aren't races to be feared, they're adventures to be embraced, and an excuse to get you out there for plenty of other adventures beside. And in our busy, connected world, that's just what I needed.

There comes a time when you realise you can't beat a slice of juicy watermelon.

Who do you look up to in the world of trail running? Your heroes or mentors?

Kilian Jornet is astonishing - I sometimes watch YouTube videos of him tearing down steep, technical descents and wonder how he can do it looking more assured, balanced and stable than I do just running on a concrete footpath! I always love listening to interviews with our own Anna Frost - from everything I've heard and read about her, I love her attitude, her determination and guts, and her down-to-earth approach. She's a star, and her achievements are astounding and sadly over-looked in her home country. I think we have some pretty superb race organisers in this country - Tim Day, Shaun and Madeleine Collins, for example, while Paul Charteris is an absolute living legend and inspiration. And, of course, when it comes to heroes, there's a couple of folk called Malcolm and Sally Law. What you guys have done to build a community, tick off some massive challenges and fundraise a gazillion dollars is absolutely heroic. Respect.

I was out for a solo long run in the Waitaks one Sunday. I'd been enjoying hearing a kaka squawking and swooping from the trees above, and watching North Island robins dancing and hopping along the trail, feasting on grubs. I was totally zen and at one with nature, having not seen another human being for a couple of hours. Just then, a ferret scrambled across the track in front on me, diving into the undergrowth. It made me so mad - how dare this invader gobble up our beautiful birds! I did what any sane person having a zen moment with nature would do: screamed at the top of my lungs "*&^% off, you *&^%^%!!!" Right at that moment, just as the first expletive soured the air, a tramper came around the corner... He stopped in his tracks, unsure who this screaming maniac on his own in the bush was and wondering if he was going to have to use his alpine walking poles to defend himself. "Um, I'm really, really sorry - I wasn't talking to you, I was talking to that ferret," I said, pointing at the undergrowth. He stared at the empty spot where I was pointing. Of course, the ferret had long gone. This just made me seem even more crazy. I put my head down and squeezed to the side of the track to get past him and get out of there as fast as I could. He let me go without saying a word. Poor guy must have wondered what the hell he'd encountered.

What other sports or pastimes do you enjoy?
Watching our kids, Marc and Kieran, play sport, and getting involved is one of life's true joys. For about 20 years, it was soccer on Saturdays, often with me as coach even though I knew less than the kids (having grown up playing rugby). In recent years, both of them got into basketball too - it's a great sport that I had never been much of a fan of but am now a convert and we can be found courtside, often with my wife, Suzanne, on the scorebench or helping coach. And recently I've proudly run alongside Marc in a couple of road events. Such fun. I'll convert him to trails some day...

Tell us something about yourself that has nothing to do with trail running.

I'm a journalist, currently working for Fairfax Media on the Stuff Circuit team, producing investigative video stories with some amazing workmates. It's a job I love - but I couldn't do it without having the stress-relief of running. And trail yarns in the office with Wild Thing and outstanding photographer Chris McKeen. 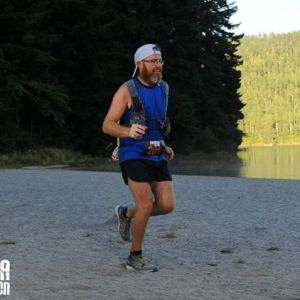 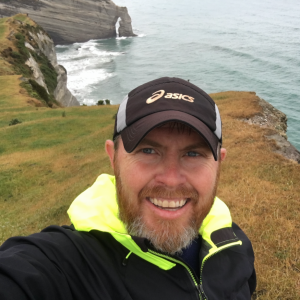