Corey Woodward’s first serious foray into running is one of those OCD dreams impossible to forget: for his 42th birthday, he thought it would be fun to celebrate by running his first marathon. After all, a marathon is 42km and how neat would it be to mark it that way?

No one expected it to escalate much from there, not even Corey. Running was something he’d dabbled in on and off over the years, but he’d never even called himself a runner.

Surely, it wouldn’t be after 42 that he’d turn into one, right?

The first marathon left him wanting more, so he signed up for another one, also on road.

Once he was done, his wife asked him if he was going to keep doing them. He wasn’t sure whether she meant keep doing marathons or keep running on road. Either way: he chose to keep running, but instead thought he’d switch it up and try some trails.

The lure of the trails was too strong for Corey who found them to be the perfect playground for adventures.

“I entered New Zealand's premier Obstacle Course Race - the Wairua Warrior - which is off-road and very challenging. I still do a bit of this and competed in the Spartan Sprint (5k 20 obstacles) last year and have entered the Spartan Super (10k 25-30 obstacles) later this year. Good cross training.” 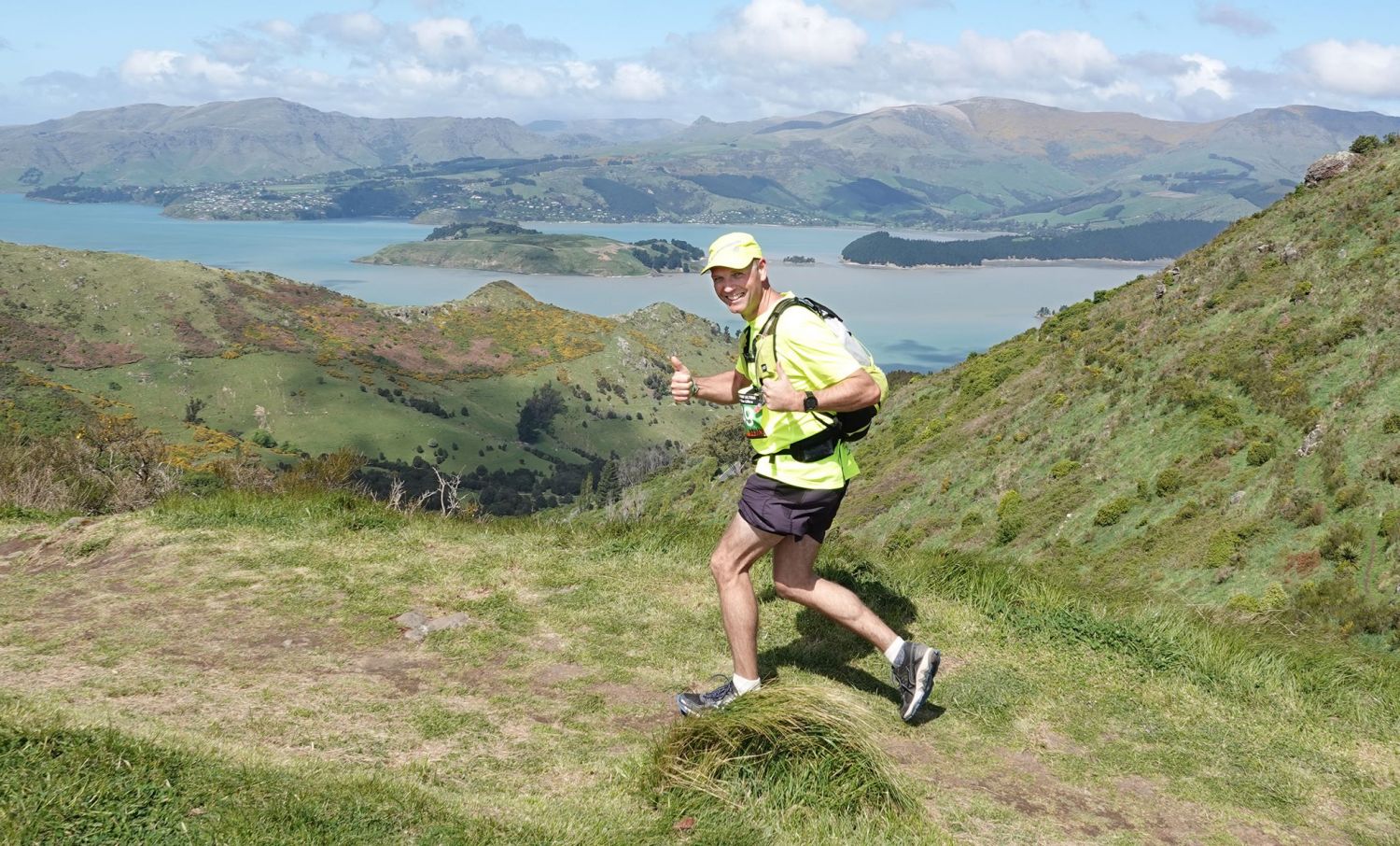 Since joining the Wild Things community, the Christchurch-based runner has been keeping busy ticking off runs in the Trail Directory.

His favourite has got to be the Kaituna Grande Loop, which he’s run recently. “I have to rate it as one of the most scenic hilltop trails I've run thus far,” he tells us.

Another personal favourite from the Trail Directory is one he’s submitted himself: Bird to Bird.

“It has everything: hills, native bush, views, technical trail, easy trail - all packed into less than 10k.”

He also has fond memories of his Goat Pass run last year, with a bunch of Coast to Coast trainees. “It turns out this year they cancelled the actual C2C river run at lower levels than we did it. But then we weren't competing and trying to cross as individuals.”

Corey defies the stereotype of the recreational runner in the sense that he is not your typical “weekend warrior”. In fact, weekends are for family time he says, with the exception of races, that time with his wife and three children is sacred. 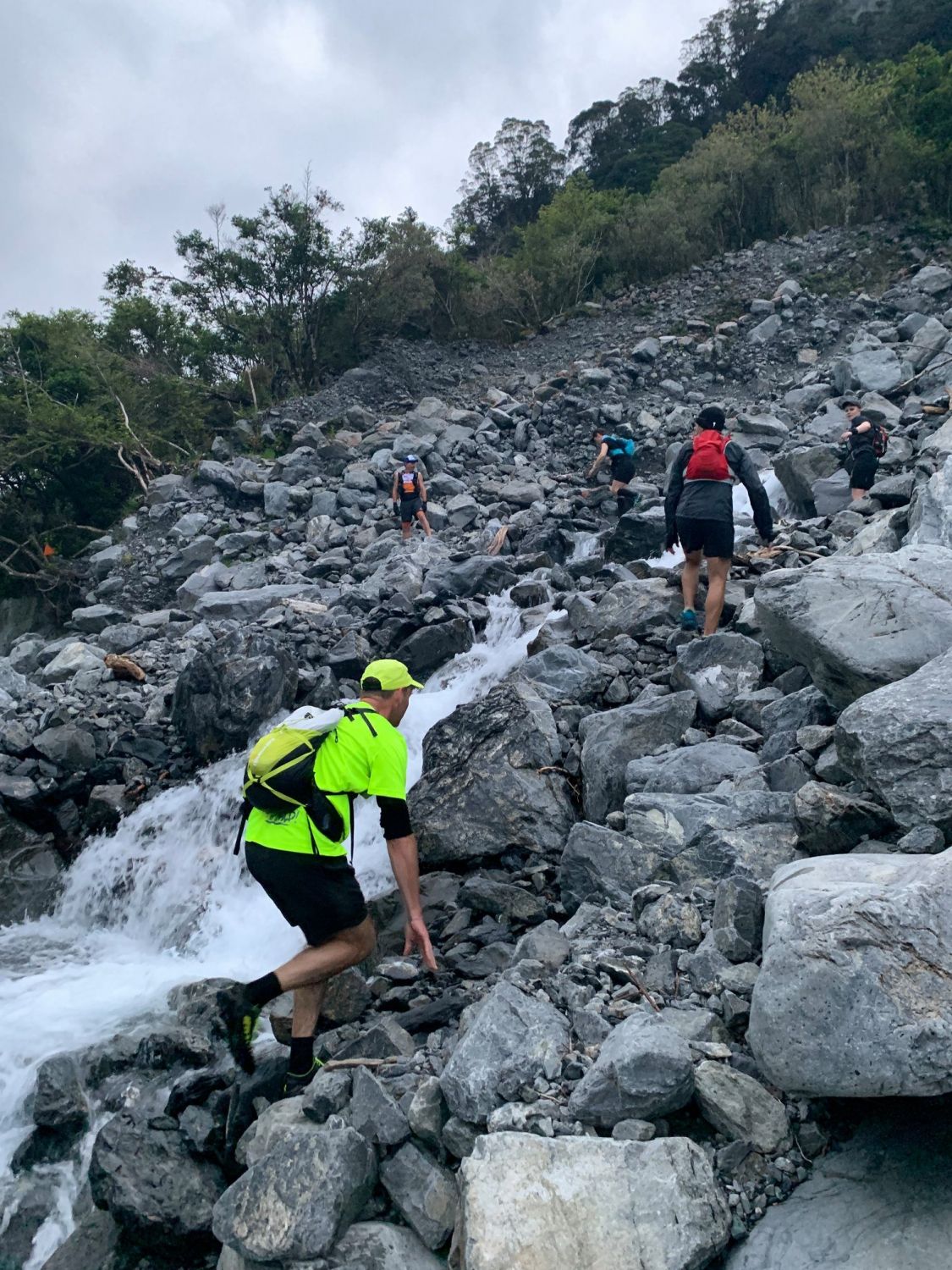 Instead, he manages to juggle a busy life as an IT manager or a multi-national company with some trail time during the week, mostly in his lunch break. For his long runs, he’s instituted his “Friday Fun Runs”, which are a good way to end the week with some trail time.

He’s had the pleasure of the company of some Wild Things on his Friday Fun Runs so they’re no longer the solo endeavour they used to be.

“The most memorable of these was the 25k route now known as The North Faces in the trail directory. This was an awesome adventure with four other Wild Things over some pretty brutal trail in extremely hot conditions,” he recalls.

His last Friday Fun Run before we talked was actually the first ever Wild Things Muster and he got to hang out with a bunch of other Wild Things.

Passionate about the New Zealand native bush and all the beauty it entails, Corey’s not picky when it comes to what makes a good trail run. One thing is for sure: the more technical the better, as having to focus on where you step takes any real focus off the pace.

The Crater Rim Ultra features high in his mind as one of his greatest running achievements, as it reminds him of how he managed to overcome adversity and not give up, even when the odds were stacked up against him.

“I was nursing an Achilles injury and everything came together on the day. I even managed to knock out a 4.55km at the 50k mark.”

A busy dad-of-three, Corey’s “cross training” also involves looking after the few animals he and his wife have in their bit of land west of Christchurch. These include two Clydesdale horses, which the couple ride every week, sometimes taking off into the high country and trekking through mountains, crossing river and over passes. 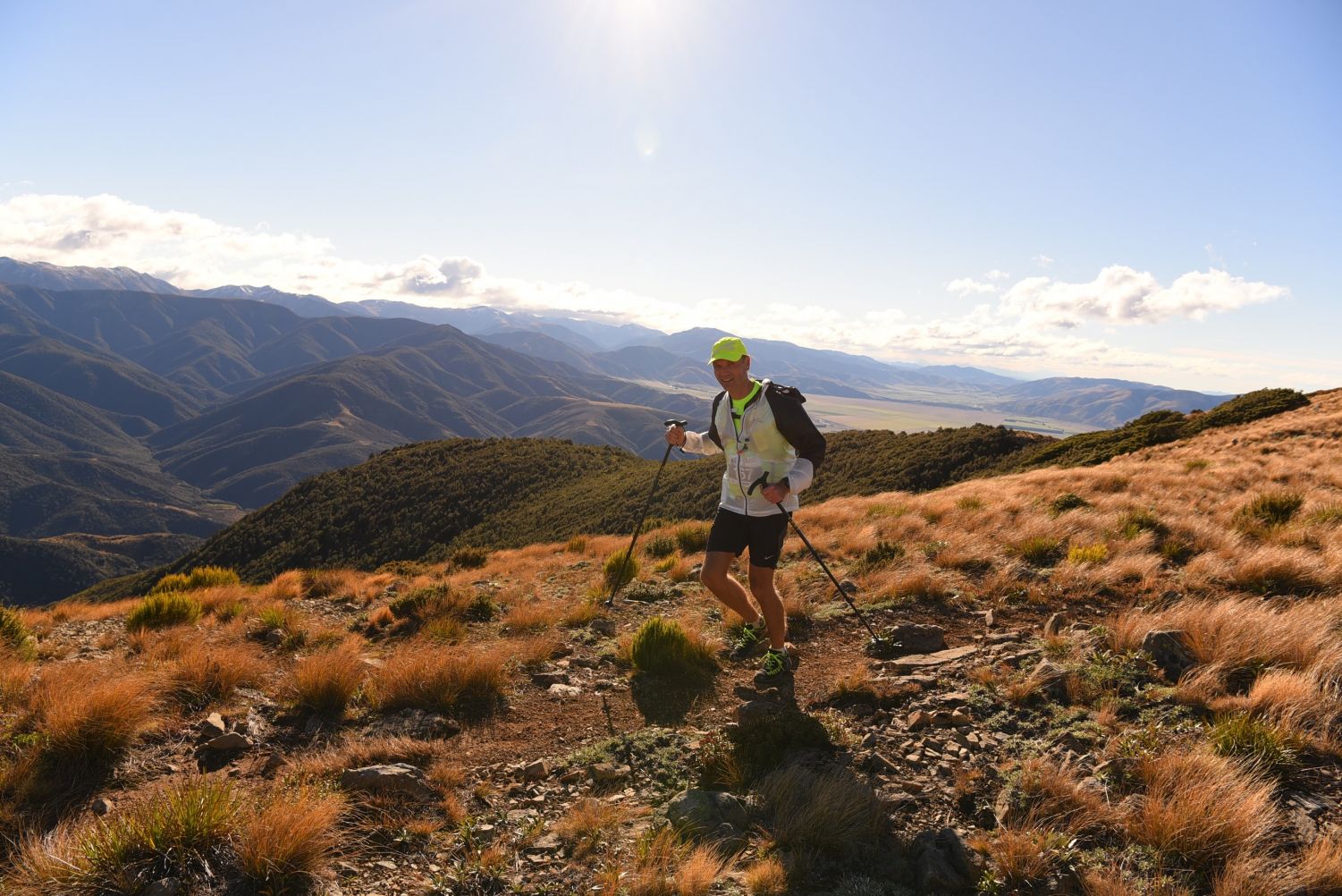 Looking back, Corey was always going to be passionate about the outdoors, there were no two ways about it. He grew up in an outdoorsy family and has fond memories of his time camping, mountain biking, canoeing and tramping with his family.

“I’ve tried to maintain the love of adventure and encourage my family to seek out opportunities to do things a bit different or find a challenge that others may not necessarily see. Each year we climb a different named peak on my birthday, something we started a few years ago,” he says.

His trail time is the perfect way to balance out all the hours he spends on screens and working with technology. “That might be why I don't run with music - although I do embrace technology for tracking and safety.”

And as for his wife, who years ago asked him whether he was going to stop running? Well, she’s recently signed up to do the 28k Captain Cook's Landing trail run so running clearly runs in the family — and there’s no stopping them now.