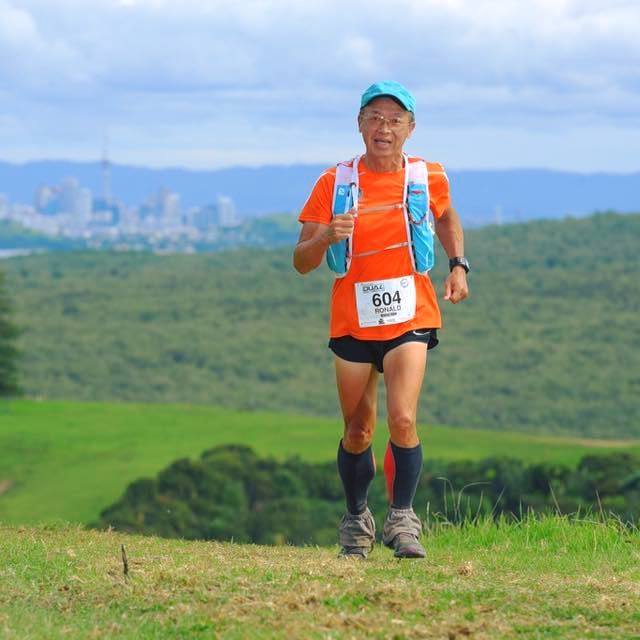 If you need real-life hard evidence that it truly is never too late to take up a new hobby or find something new that you enjoy doing, look no further than Wild Thing Ronald Chen.

The 70-year-old runner is a familiar face at running events up and down New Zealand and you’d be forgiven for thinking he’s spent a lifetime on the trails, such is the ease with which he faces his challenges. In fact, Ronald only took up running 8 years ago, almost on a dare.

Before his first ever running event in May 2012, he says he was a “typical boring pale unhale male, who worked in the financial sector in the business world as a Chartered Accountant”.

We beg to differ. There’s certainly nothing typical or boring about him.

With 60 ultramarathons under his belt and a long list of other incredible running feats, Ronald has packed a lifetime of adventure into his eight years of running to date.

It all started with a dare. An old high school classmate, who lived in Canada, challenged him to enter a race, when they met for their 45 year school reunion. “We made an appointment to compete in a race that would be held 18 months later on the National Celebration Day in our home country Taiwan,” he recalls.

He didn’t win the challenge against his old school friend but he gained a new love. From then on, he was a runner - and he hasn’t looked back. It didn’t take him long to make the move from the roads to the trails. After that first race at Onepoto Lakes, a 10k road run, Ronald discovered life was even better on the wild side and started entering trail events. One week after that first run, he ran a 21km race in Mt Maunganui, followed by the 19km at the Waihi Challenge in the Coromandel, the Titikapu Off-Road Half Marathon, the Tussock Traverse (26km), the Coastal Challenge on Auckland’s North Shore, the Double Rainbow in Rotorua, the Xterra races in Auckland… the list is long and keeps getting longer.

The self-proclaimed “boring” accountant was, it turns out, far from boring and discovered true happiness out in nature, not a spreadsheet in sight.

Ronald says he remained continually inspired by the stories of fellow runners he met on trails, including Wild Things founder Mal Law. “I must acknowledge the book published in 2013, “One Step Beyond” by Malcolm Law,” he says. “I followed his running career, his 50 peaks in 50 days for mental health, and he has inspired me until now.” 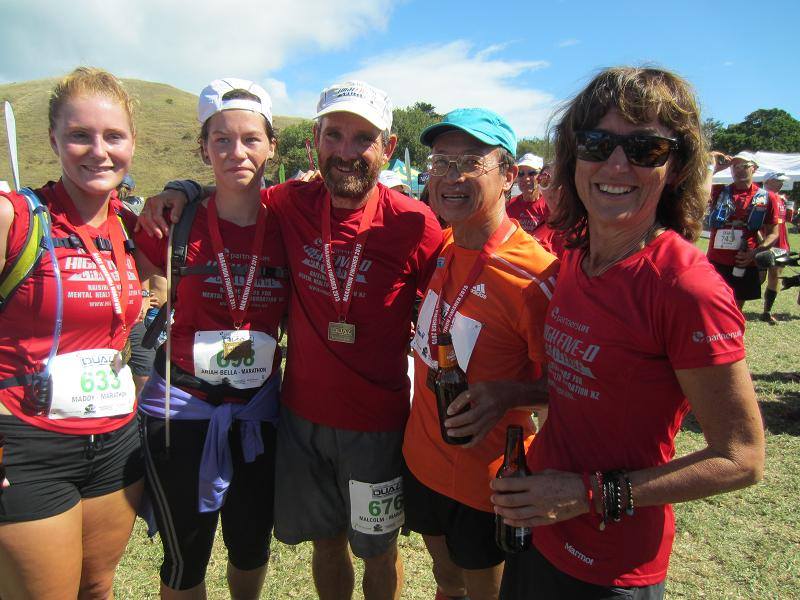 To date, Ronald has completed an impressive 60 trail ultramarathons in the mere eight years he's been running. “An achievement for an oldie like me,” he says.

(An achievement for anyone, really.)

But it’s not all about the numbers. Ronald has some remarkable memories from his epic missions. His most fond memory is from Peru, where he ran the Inca trail.
“We had eight Kiwis run over the Dead Woman’s Pass of 4,215m above the sea level to finish at the world heritage site Machu Picchu. It took me 16.5 hours to complete this run under thin air and height sickness,” he recalls. 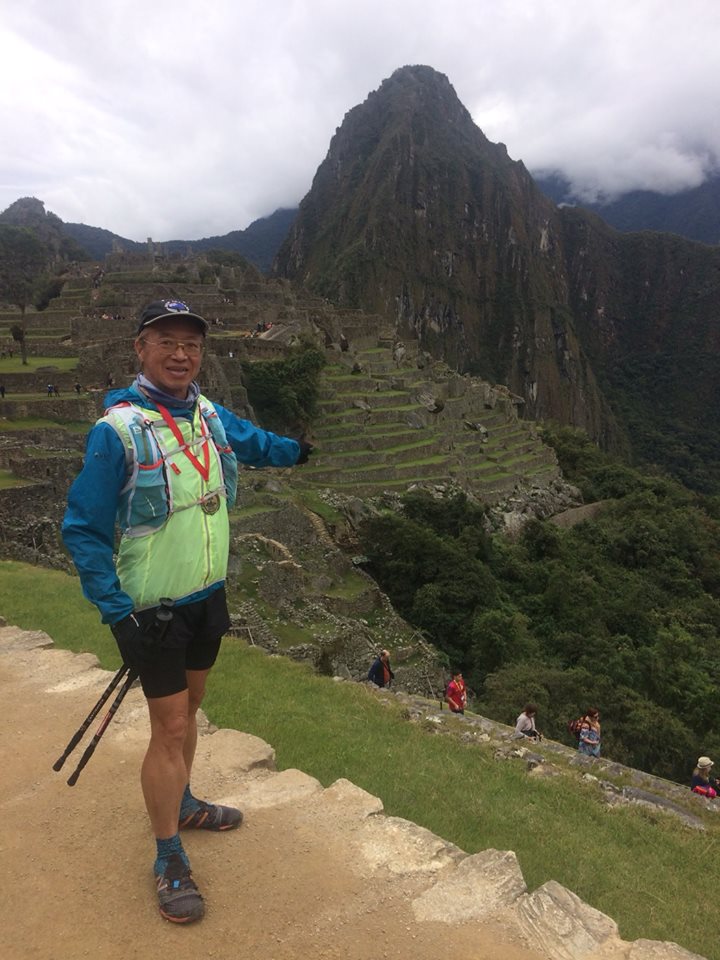 On New Zealand soil, the good memories multiply. There was the 102km at the Tarawera Ultra, the Trail Trilogy 100km and the 100km at the Taupo Ultra, “spent with my great running buddies Jenny Hirst, Hayley Wilson, Liz Palmer, Jacinta Rakei, Wayne Bowler, Toni Grace and others”.

The retired accountant from Howick can put a number on the ultras he’s completed but he’s lost count of the lifelong friends he’s made on the trails.

In between running events, Ronald keeps busy ticking trails off the Wild Things Trail Directory. His all-time favourites from the directory include the Kepler Challenge, the Routeburn, the Tongariro Northern Circuit and the Old Ghost Road.

“My favourite type of trails are single trails in the forest or bush with some muddy, creek, or beach sections,” he says. If he can, he’ll avoid hard surfaces such as unsealed gravel roads, or anything that involves dangerous rock hopping.

Ronald says he is “slow but persistent” so long slow distance trails suit him the most.

“What I would consider my biggest running achievement to date probably was to knock down the toughest Ring of Fire(74k) Ruapehu Round The Mountain, the unbeatable Everest for me as a totally non-athlete oldie,” he says. “I suspect ultra trail running is especially suitable for oldies like me.” 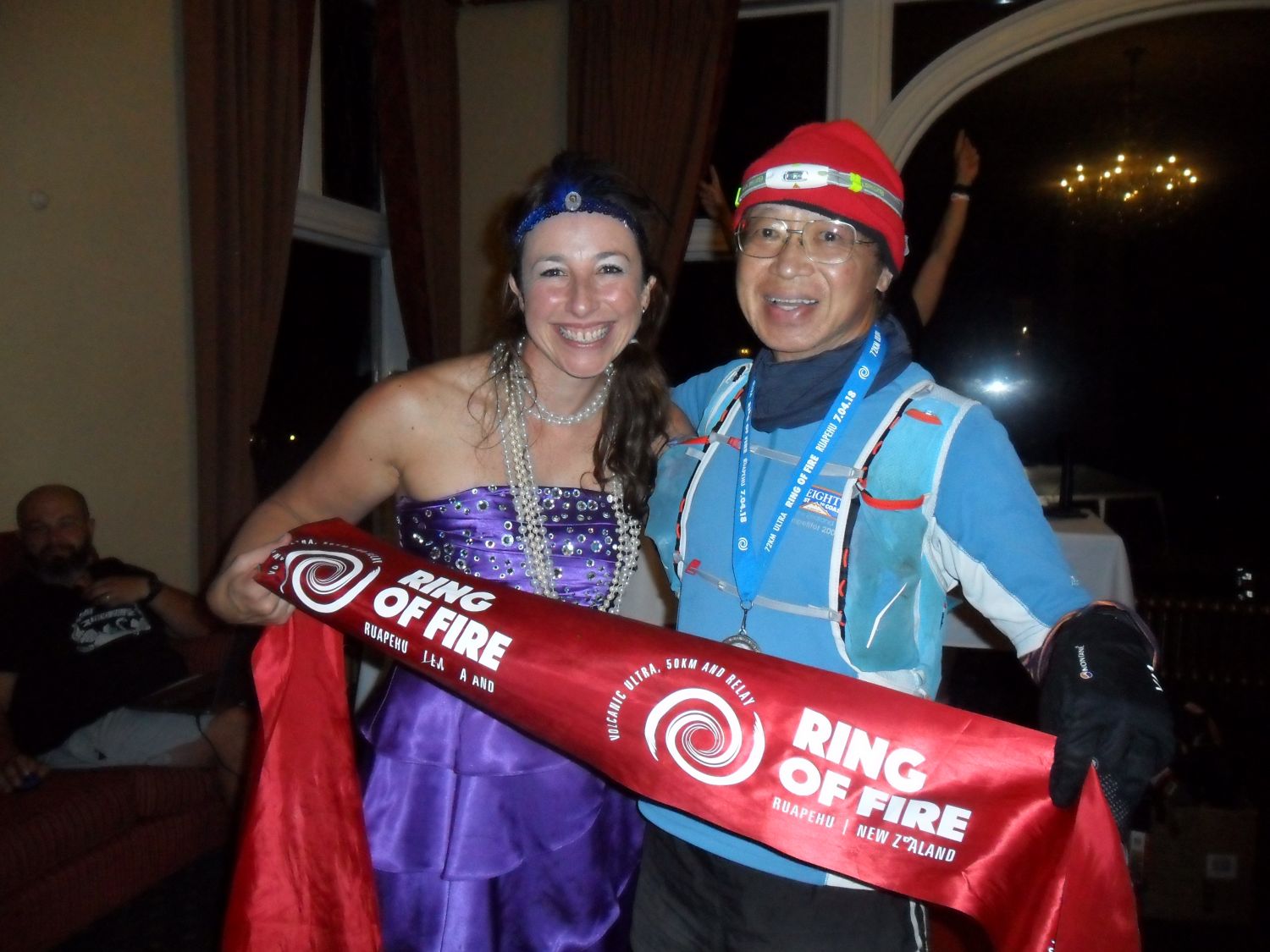 It really must be. He's been on stage at the Kepler Challenge to receive the Derek Turnbull Memorial Trophy, awarded to the oldest finisher of the race. That's one of the sweetest memories he has, and he is proud to have his name engraved on the trophy, "to pay a heartfelt tribute to this great Kiwi runner". Earlier this year, he was also the oldest finisher at the Old Ghost Ultra, the second time he finished the 85k event. "Oldest finisher has gradually become my new label, by accident."

Slowly but ever so steadily, Ronald continues to tick off new challenges - and he’s got his sights set on many more. “My current running goal would be more ultra trail runs, like UTA(Ultra Trail Australia) 100k, TUM(Tarawera Ultra Marathon) 160K and the like. What keeps me motivated is my vast running mates on Strava, Facebook, Wild Things and other non-runner friends and family members who care about me and encourage me.”

Ronald is married and has three children who he says “unfortunately or fortunately are all non-runners” but all incredibly supportive of him chasing what he describes as his “personal dream”.

“Though I retired a couple of years ago, I found running kept me even busier than before and eventually changed my life and improved my health,” he says.

“My eight years of running was quite short compared with life length but it was really the most enjoyable and colourful period of my life.”

Ronald, a beloved member of the Wild Things community and adored by trail runners all over New Zealand, is the ultimate embodiment of the fact that it truly is never too late to chase your dreams.