I want to write something a bit more than your usual 'hello', so you can get to know me, and understand why I’ve taken on the reins of Wild Things. To be honest, it’s quite weird writing about yourself, so bear with me, and sorry if this is super boring!

Yup, that first photo is me, a whopping 28 years ago, running through a cow-shit-covered field somewhere in Cornwall, England, in the inter-school primary school cross country champs. I still have that t-shirt.

So I’ve been enjoying running through dirt and mud for ages. Growing up in Cornwall, and then the Isle of Man, I was lucky enough to have a fantastic backyard to explore, which has then turned into the crazy passion for trail running I have today.

Moving to the Bay of Plenty in my twenties, the Kaimai Range became my go-to for exploring. My garage wall is adorned with a huge laminated topo map of the range and when we’re out of the current covid lockdown, I’m going to throw a dart at it and go wherever it lands, even if it means bush bashing through supplejack for hours to find a waterfall like this: 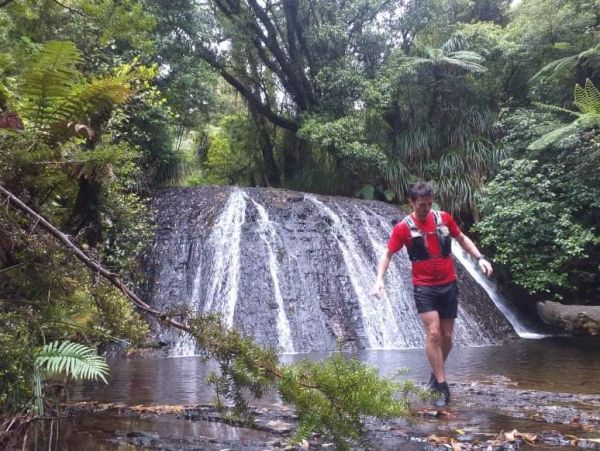 Like many people, I go through phases with my running. Right now, a run motivated by adventure, exploration, and mud, not speed or records really is my favourite type of run. I love finding new places and seeing what’s over that next hill. A while ago it was speed; I was enjoying getting faster, loving the feeling of the pavement flying by underneath my feet. Completely the opposite of why I want to run today, and I’m okay with that.

I love to run by myself; to get away from thinking about anything. There’s no phone reception in the Kaimais and that’s seriously valuable.

Jumping back to 2008ish, my wife and I moved to Tauranga and I went on the hunt for running friends. The two I found were in the middle of training for the Tarawera Ultra 100k. I thought they were crazy (I was right), but I agreed to pace one of them. That was it. I had to do it myself now. So, the following year the roles were reversed and the Tarawera 100k absolutely spanked me. It was great. Painful, but great.

I then spent the next ten years loving my trail running and adventures, getting (relatively) super fit, and sometimes completely lost (not lost, just going somewhere else). I could happily tap out a six-hour trail run whenever I wanted and was getting fairly fast (again, relatively!) on the road. 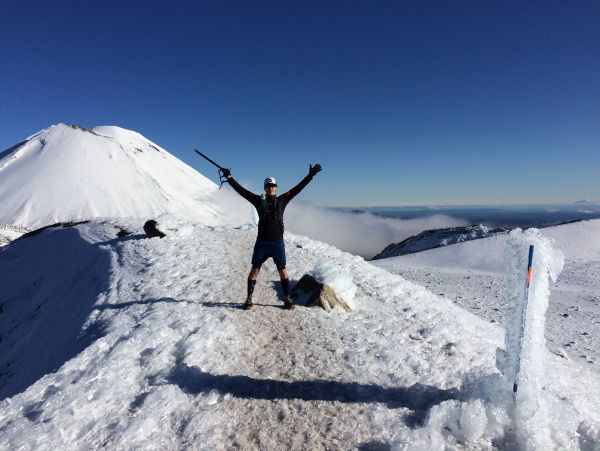 April 2019 I had my first appointment of many with my cardiologist. The conversation started something like this:

Him: "What brings you here today?"

So then came a treadmill stress test, with a million ECG wires hanging off me, in an incredibly hot and sweaty consult room.

Five minutes into the warm-up, I was knackered. My heart felt like it was running a million miles an hour and I could hardly walk, let alone keep running.

I had no idea what was going on, but luckily the cardiologist did (I guess that’s what he’s there for). I had Atrial Fibrillation and Atrial Flutter. My heart rate was completely irregular, and really quite fast (at one subsequent visit to the emergency department, my heart rate sat at about 270 bpm for six hours!).

Over the coming months, I had a decent decision to make. Do nothing. Take meds. Have surgery.

I tried meds. They sucked. The first lot messed with my head and emotions - my wife, Steph, has since told me I was pretty rubbish to be around! The second lot turned me into a lethargic lump who struggled to find the motivation to get off the couch. They didn’t even work anyway. I got to the point where I couldn’t chase my two young girls around the back garden without curling up in the fetal position a few minutes later.

Running was my happy place. It was where I went to de-stress and relax. Just like that, it was gone. F@ck did I struggle. The stress of living with a heart condition at 37 bundled on top of the fact my go-to to de-stress was gone was tough.

After lots of prodding from Steph, I took myself off to a counsellor to find other ways to handle it all. I picked up the guitar again for the first time in years and I went on the search for other happy places. It helped, but it wasn’t the same.

In July that year, I had my first cardiac ablation 💔. 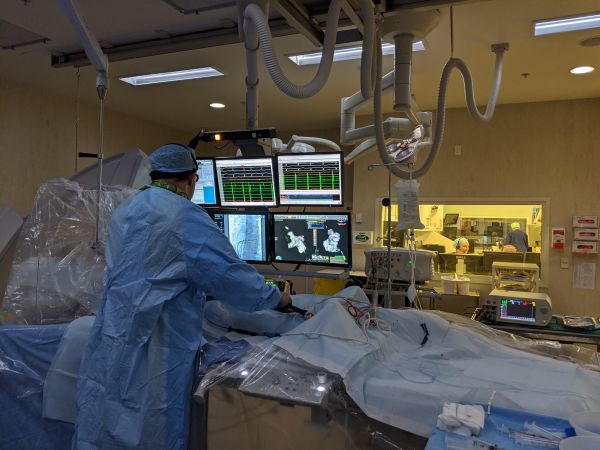 In May 2020, I went for round two, and once again bits of my heart were frozen and burnt.

We’re now 11 months down the track, and so far, so good. I can run again! I was recently absolutely beasted by the six-hour Great Forest Rogaine in Rotorua (had a fairly big sit down two hours in, which didn’t bode well for the remaining four…), and it felt awesome.

By having it taken away, the last few years have given me a massive appreciation for how important running and exploring is for me, so I can imagine what it means for everyone else out there too, in their own personal ways.

Whilst all this was going on, and when I wasn’t trying to run, I was usually sitting behind two computer screens writing code, much of it for Mal and the Wild Things website. Actually, on the day I first met Mal, we had a quick meeting in my office and then headed straight for the Hot Springs Loop in the Kaimais to chat about the High50!

For some strange reason, I quite like staring at hundreds of lines of code holding a yellow rubber duck🦆. Maybe it’s the process of taking the brain through all the logical steps, or maybe it’s the satisfaction when you get something working eight hours later. Either way, I do love my job.

So, what could be better than trail running and my job! Enter the future of Wild Things.

Mal’s chatted about this in greater detail here, and if you haven’t already, please take a read, as there’s heaps of backstory to Mal and my relationship:

But in a nutshell, I’m stoked to be able to combine two things I am passionate about and call it a job.

I have so many ideas and exciting developments for Wild Things (most of which come at 4am). I'll also be heading around to a bunch of different events and races, and look forward to meeting you all in person and online in the great community you've all built.

For the next few weeks though, it’s about keeping the ship steady and continuing to offer our members everything they come here for and then, well, next I need to throw that dart at my topo map and go for a run…