A brief history of Wild Things

A brief history of Wild Things Wild Things will get a facelift later this year when the upgraded trail directory is launched. As we prepare to farewell the heritage logo, we're celebrating where it all began.

In the beginning there was Mal who loved trails...

If you’re relatively new to Wild Things you might not know that it was founded by Mal Law and his wife Sally. Mal is a giant in the New Zealand ultra running world who has put himself through insane challenges like running 50 mountain marathons in 50 days to raise money for the Mental Health Foundation.

In 2011, between some massive fundraising ventures, Mal and Sally Law started a commercial enterprise called Running Wild Ltd which they used to channel support for worthy causes.

Running Wild’s vision was: to be recognised as an inspirational company that encourages people of all levels of athletic ability to run, explore and share our beautiful trails in a selfless way.

A community built up over the next few years on the Running Wild Facebook page. In his posts, Mal often called fellow trail runners ‘wild things’.

Among Mal’s many thousands of mad and wonderful ideas, two in particular spilled out of Running Wild and led to the formation of Wild Things as we now know it.

One was the idea of a nationwide trail running community where people could encourage and inspire each other. The other was to build a world class trail directory especially for New Zealand. Mal had started to cobble together a list of trails on the Running Wild website, but its usefulness was limited by technology and time. He knew he could better:

“Wild Things was born out of my long-held desire to build a kick-ass trail directory that would not only give people ideas about where to run and what to expect when they got there, but that would motivate them to explore more of the beautiful trails that this stunning country of ours offers.”

Building the kind of resource that Mal had in mind would require mountains of time and money that he and Sally didn’t have. So the two ideas–the community and the directory–came together as Wild Things, a new club with membership fees and an online store to help offset the costs of building and maintaining Mal’s kick-ass directory.

Mal and Sally shoulder-tapped Rob Bathgate who got up to his elbows in code building the website. Here’s what happened next.

“G’day and welcome to Wild Things NZ Trail Running Club, the only nationwide club for Kiwi trail runners. We’ve got HUGE plans for the future - including the sexiest, most informative and inspirational website on  Planet Trail.”

The first of many (many!) Wild Things group runs. 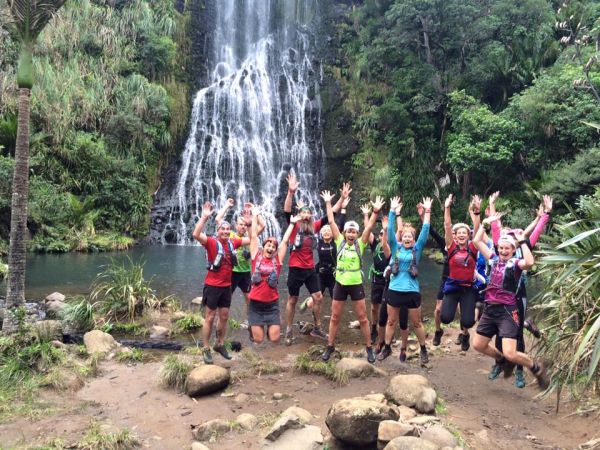 The full trail directory is launched. Here’s Mal on Facebook:

“It's been a long-held dream of mine to build a top notch, world class Trail Directory for NZ trail runners. Now, a full 15 months after starting work in earnest, we not only have THE go-to guide for running NZ's beautiful and varied trails, but we have no less than 500 runs featured - just look at how much of Aotearoa we have covered!

“Huge thanks to the dozens of Wild Things who have contributed to this massive project & the VIP Members whose subscriptions have helped pay for it.

Special big thanks to Rob Bathgate for building the website that powers this, Kieran Philip for mapping all the routes & Matt Bixley for his help in developing our unique, world-leading grading system.”

Even more things for Wild Things

As membership grew so did the trail directory. By mid-2021 there were nearly 1,500 trails featured on the directory, plus loads of new features, the introduction of Wild Challenges and a brand new peak directory about to be launched.

In August 2021, to allow them to pursue other projects, Mal and Sally announced that they had decided to hand over Wild Things to Rob Bathgate, their long-time collaborator, fellow trail runner and web designer.

A brief history of Rob

Rob was a trail lover who had been robbed of his running in 2019. The thieves turned out to be two closely related heart conditions called Atrial Fibrillation and Atrial Flutter. This little combo basically meant his heart would throw a tantrum and try to kill him whenever he exerted himself. Not ideal for ultra marathons and not relaxing for his wife.

Two years and three cardiac ablation ops later he was on a steady path to recovery. Losing something you love makes you value it even more. Rob became owner, manager and janitor of Wild Things on 1 September 2021.

Having been involved with Wild Things from the early days he knew what he was getting into (sort of). Rob surveyed the members to make sure he wasn’t taking anything for granted. The feedback helped him decide what to do next with Wild Things. And behold, it was exciting. You can read more about that here.