The start of a classic Kiwi adventure run

Living in Ireland since early 2013, one of the things I miss the most about NZ is the amazing mountains, bush and track network. I have spent the best part of my life living in the Wairarapa and have made good use of the Tararua track network, for my trip back to NZ in November 2017 I had been planning to do something a little different, my sights set on running the Heaphy Track in one day. I would only be in NZ for 11 days and had a lot of other things planned.

All the planning was done early in 2017 and accommodation booked, my 22 year old son and I would do a bit of a road-trip to the top of the West Coast following my brother's 50th birthday party in Christchurch, he would leave me off early on the 6th and then drive around to the Collingwood end to pick me up later that day....sounded perfect in theory, just needed the weather to play ball now.

The lead-up was a bit of an issue for me as I was struggling with a few niggles following a 170km race in August, the stress fractures in my feet were slow to heal and a few other knee and foot issues prevented me from doing any great mileage, I averaged less than 20km a week and the longest run was 20km one Saturday 3 weeks before the planned Heaphy run. The 50th birthday celebrations also meant a high level of alcohol consumption over 3 days which I was afraid would not benefit preparations.

The road-trip went according to plan and we spent the night in a great motel in Karamea on the 5th and Roy dropped me at Kohaihai road end at around 6.20am on the 6th. The weather had been poor enough for most of the previous week but the day dawned reasonably ok, just a few light showers which burnt off to reveal an almost perfect day later on. 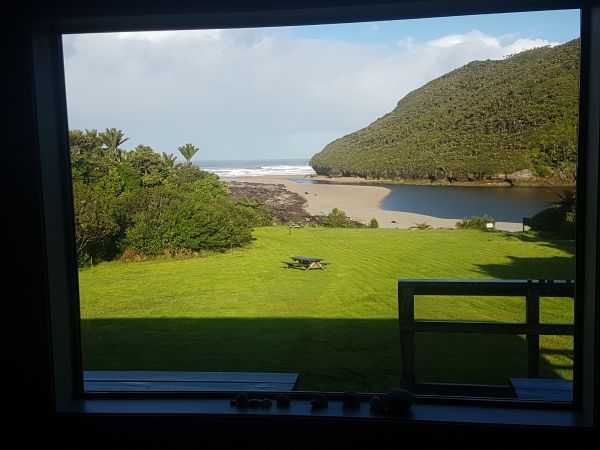 For those that have never been on the Heaphy Track, the start at the West Coast end is pretty spectacular. Within the first 3km you get to experience some really unique NZ bush, river and beach with the first river crossing within half a km from the start, going into Nikau palm trees and over the first little hill to Scotts beach to then follow the beach just above the high tide line, crossing several rivers over suspension bridges.....so many "wow" moments!!

Around 16km in I got to the Heaphy hut set beside the Heaphy River mouth overlooking the beach, spectacular setting for a hut, I arrived here around 7.45am feeling absolutely super, beside myself with excitement of the experience and amazing scenery. There were several people still at the hut from the night before and I must say I was a little envious that they were able to take the time to stay in such a magical place.

After a few quick pics, a refill of water bottles with Tailwind and chat to a couple of tourists I headed on, now heading inland following the Heaphy River upstream, still fairly flat going and keeping to a nice steady run. Next up was the very long suspension bridge across the Heaphy, followed by Lewis Hut and the start of the main climb, about 10 to 12km of steady climbing from sea level to around 800 metres.

I was feeling much better than expected at this stage and was still running uphill at around 6 minute/km pace but when I looked at my HR after about 3km of climbing I got a bit of a fright that it was sitting at over 160 so I walked and ran from then on to keep it down a little, I knew I would be paying for running too fast later (which I did) and I was in no hurry, it was all about enjoying the day and making it out by around 5pm as we still had a 3 hour drive after the run to get to the motel which was booked in Havelock after finishing the run. 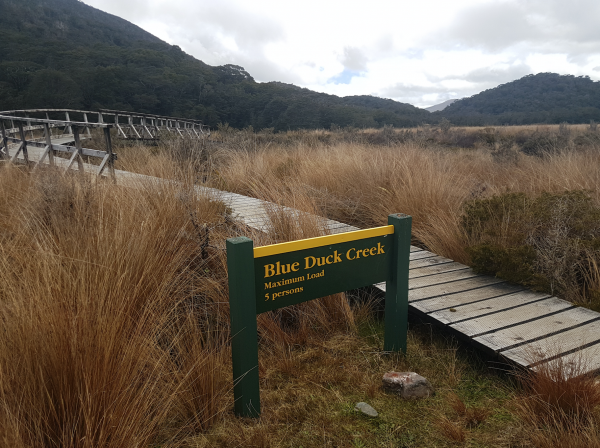 By the time I got to MacKay hut at around 800metres and 36km into the run, I was paying for the early pace already, the legs feeling very heavy and energy levels low. I was nearly halfway and had been going exactly 4 hours at that point, I was well able to afford to slow a little so from then on I ran the flats and down-hills, walked the up-hills. 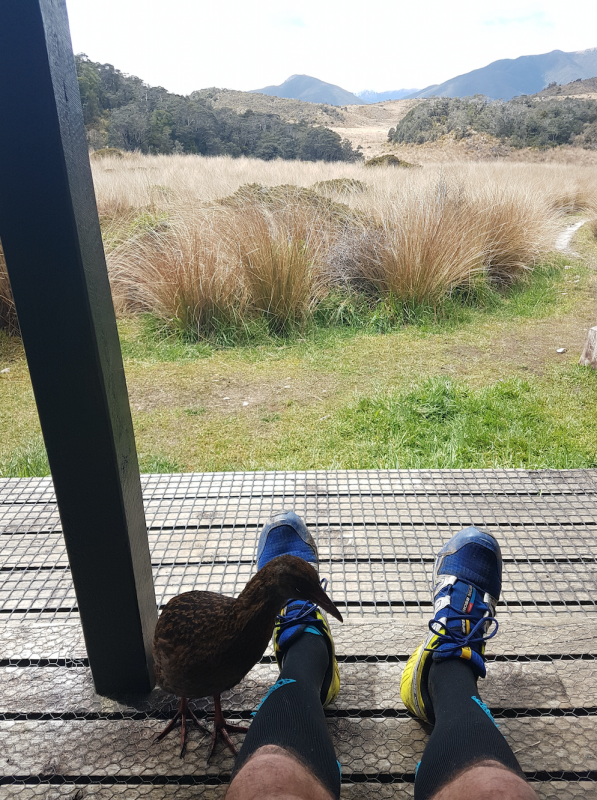 Next up was Saxon hut where I sat on the deck to have a nut bar and take in the spectacular scenery, a Weka came along for a look and came right up to me, pecking at my shoe laces. I felt this was worthy of another photo so I put the bar down beside me and took a pic with my phone and then had a look to make sure the Weka was visible in the photo. That moment of distraction was all the Weka needed to hop up, grab my bar and scoot off into the rough with it. It still had the wrapper on so I chased after it and managed to retrieve my bar to make it a fair 1-all Weka/runner.Â Off I set again, still feeling very sluggish, passing Gouland Downs Hut and on to Perry Saddle. After all the times I had come around a bend to see another spectacular view of beach, native bush, mountain stream, serene glade, open mountain tussock intersected by meandering stream or rugged mountains and exclaimed "wow", I was surprised that the sight of Perry Saddle Hut and the setting could still make me do so again. I was around 60km and 71/2 hrs into my adventure at this point but I was feeling much better again now and still excited about the whole day of such memorable moments.

Less than 20km to go now, mostly down-hill and well within target time. I ran as slow as was comfortable for the rest of the run, I was still stopping to take plenty of photos, averaging around a photo/km overall, almost 80 pics in total, I crossed the last bridge across the Brown River and within half a km met my son Roy and his girlfriend Lucy who had just parked the car and started to walk in. Not bad timing after near 10 hours to arrive within 5 minutes of each-other!! 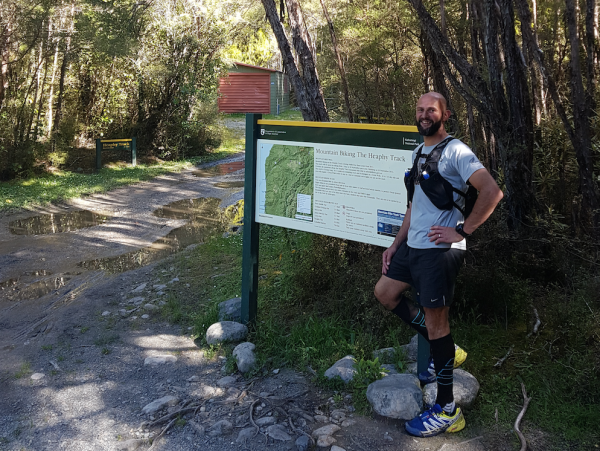 All in all, a really great track to do in a day if you are used to a bit of distance, it can be done in around 10 hours very comfortably by easy running the flat and descents, walking the ascents and stopping for a bite and taking pics.... It would have been very different if the weather had been bad, you really need to have good conditions to get the most from the incredible scenery on this one.

I hope that those living in NZ realise how lucky they are to have such incredible scenery and track networks to enjoy, just get out there and experience it as much as you can, you only live once.