More than a fun run

More than a fun run It's not just about the race or the results.

"We value and recognise tamariki that show manaakitanga: supporting and respecting others and a positive attitude” says School Community Officer Constable Jo Ryder.

Vouchers were given out to the first-place getters in each category (Year 5/6 and Year 7/8);  prizes were awarded for attitude and effort and there were four spot prizes so all children had a chance to be rewarded for their efforts.

The participants’ times were recorded to acknowledge their improvement over time at future events.

The fun run event is part of a wider Run Club initiative which Jo is leading with support from the local community. Building empathetic and resilient tamariki is at the heart of this and other initiatives being trialled with local schools. Students are encouraged to attend Run Club and train twice a week, building towards mid-term and end-of-term runs.

“The emphasis of Run Club is on inclusion and fun. We warm up, stretch, do some sprints, run some trails, and there are a lot of laughs and smiles. “It also improves overall hauora – our connection with the land, our taha tinana (physical wellbeing), taha hinengaro (mental and emotional wellbeing), taha whānau (social wellbeing) and taha wairua (spiritual wellbeing) says Jo, who goes on to add “It’s been great to receive support from local businesses and the community for our Run Club. Through this, we can provide quality near new (and brand new) running clothes and shoes to those that need them. Working in partnership with the local community, we can deliver better outcomes for our rangitahi and the wider community."

The programme was initially based around rangitahi but has been extended to include whānau over time, and the first community fitness club for women started recently. 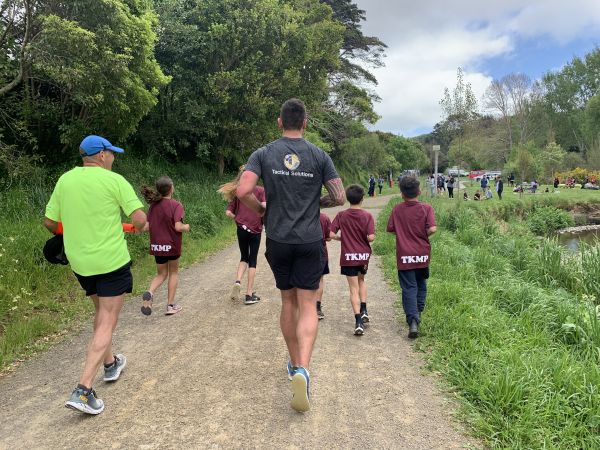