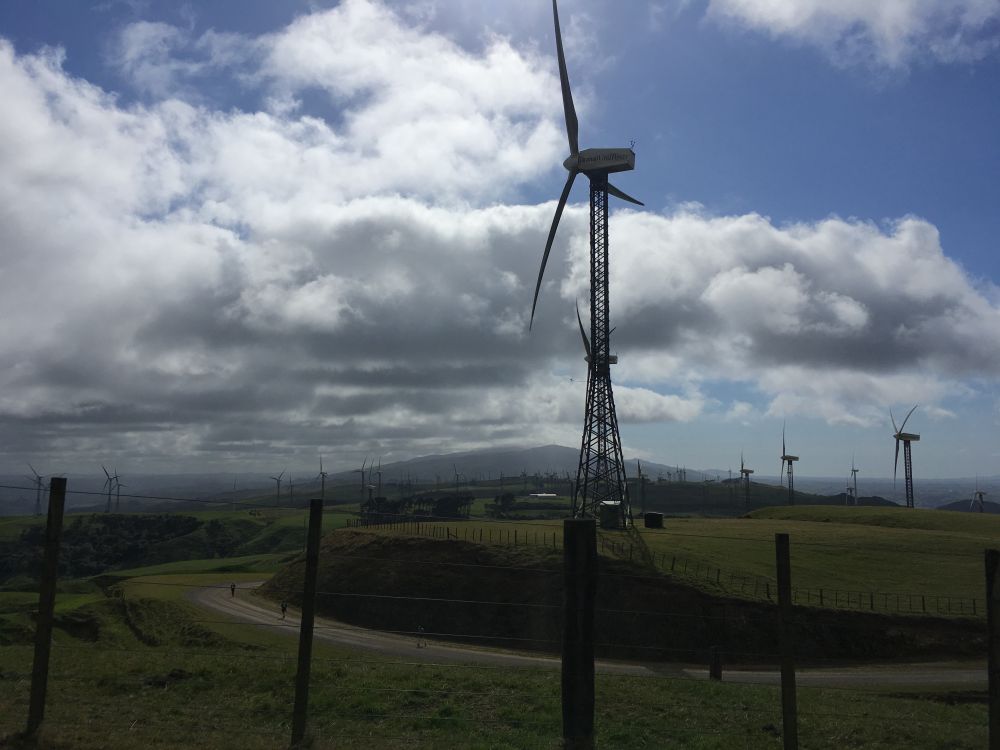 So I’ve never been a “race reports” kinda gal … lets see what I come up with here.

Starting at the beginning, as a VIP Member of the Wild Things trail running club, I had WON an entry to the Catchment Ultra 50km event - #itpaystobeVIP. This is part of the North Range Trio event.and fitted in very well with my training plan, being exactly 6 weeks out from my goal event, it would be a prime final long run before I start to prepare for Taupō Ultra in October.

Now that I’ve convinced the coach (SquadRun) it’s a good idea, it’s time to convince the osteo to be on board with it too. He’s a little tougher to convince… it’s hard to lie to a person when they barely touch your shin and you wince in pain. He agreed that if I eat my veges and do my homework, he thinks I should probably be OK to do the 50, and still be OK to return for Taupō.

2 weeks out, I haven’t eaten enough veges, or gotten good enough grades, the shins are feeling fine but we don’t want to risk anything here. So we agree that I need to down-size from the Catchment Ultra 50km, and take part in the North Range Traverse 25km instead. I’m OK with this, as now it means I get some running buddies to be crazy with! I just have to convince Nellie to sign up. She gets super FOMO, so thats a quick win.

The event is so well organised — park you car at the finish line, join the massive queue for the loo, tootle onto the bus, and be chauffeured to the start line. It’s never felt easier, and now that I think back on it, I had ZERO pre-race nerves! Who am I?

Another queue for the loo (it’s not a trail race without a queue for the portaloos!), and the race briefing gets underway … between small intervals to announce the lead 50km-ers coming through the aid station! 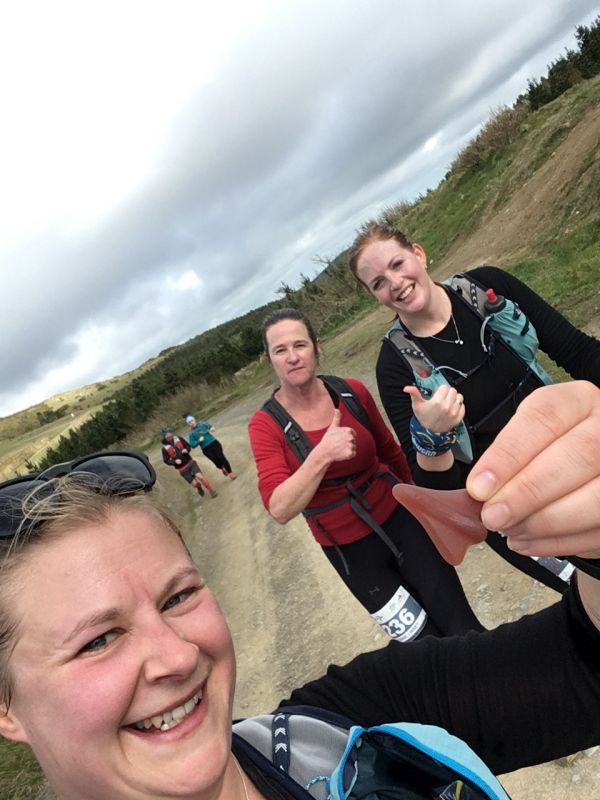 Off we go, into a 3km steady incline … thats a quick way to get things warmed up since its a bit chilly up here on the tops!

Jog / walk / jog / walk / layer off. You get the gist, this goes on for the next 25km. Except not many more layers came off… it never got that warm.

Just when we are tootling along having a laugh at each other getting sucked into the bog-pits, we happen across a very timely placed aid station! Hoovering through those orange slices, pocketing a few jet planes, and asking where the wines are, we are sent packing. Awesome people out there spending their time on a windy hilltop with dorks like us asking the same bad jokes over and over again … they still laugh with us. That’s the sign of a true awesome volunteer.

We ran some more, had some more yarns, heckled a few photographers. Between dodging the small rural road-pools, skipping over the mud canyons, the 50km runners are coming through more now. We’re trying to keep our own stride, but make way for them. “Runner coming through” “YEEEEHOOOOO you legend! Smashing it!” and other such nonsense as they power past us.

Eventually we found ourselves coming up to our last aid station, which also happened to be the turn around point for the 11km Humdinger. I’d been wondering why it was called the humdinger … I see now.

Before we get into there… let me tell you about THIS aid station! hoooooo-weeeeee what a buffet! Drinks (byo cup YAY!), cakes, slices, candy, fruit, pizza, and EVEN some Gluten Free slice! YOU LITTLE BEAUTIES! We didn’t realise how fatigued we were getting until we started grazing at this station! Took a lot of effort to drag us away, and not let us just pull up a seat!

Onwards! Into our last 6km; we now get to cheer on all the legends doing the Humdinger, and legends they are! Turns out, they just did a 5km solid climb to get here, and they all still have smiles on their faces, and enough air in their lungs to cheer US on! What a solid effort. This sets us back into excitement, and we trot along cheering and hooting and hollering at all the awesome people around us … they must think we’ve lost the plot. We’re just on a sugar high after that aid station!

Coming down the hill, we can hear the finish line, and see it! It’s still a long way away … a zip-line down across the river would make this much faster, but alas, we have a few kms on foot to go.

With 1km to go, we find our friends who have already finished (damn army boys all fit and such), their changed and in their gumboots already … but they run in the last km with us — maybe for the support, or maybe to relive their finish line glory … who knows? Who even cares!

The finishing chute is a prime set up — a little downhill to let you feel like you are really flying along! Like you’ve had that pace all the way!

Medals. High fives. Photos. Swapping stories. We enjoy reliving our last few hours as we hobble around on the grass. The sun is shining, we’re no longer in the wind, so we grab a coffee from one of the food trucks (another great piece of organisation thanks team!), and settle in to wait for the prize giving. 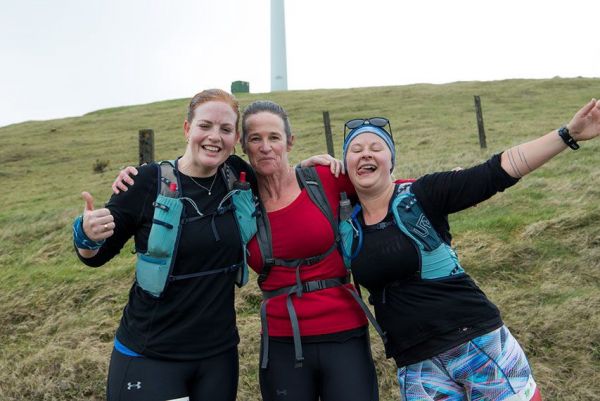 As they’re announcing the women’s 50km winners, we see 2 of the runners who passed us, and after they had flown past, we had looked at each other and gone “is that….? yeah I think it is!” Fiona Hayvice and Sarah Fisher, 2 total boss women who I am very inspired by, who took out 1st and 2nd place in the women's 50km event.

Anyway, you can go search the internet for them if you don’t already know who they are. You should. They’re rad.

But back to my race “report” … I’ve lost my train of thought, but I think we got to the finish line so thats a pretty good spot to wrap it all up.

All in all, North Range Traverse is an awesome event, well organised, and I was super stoked to have been able to attend, thanks to the VIP competitions that Mal and Sally hook us up with at Wild Things! Such an awesome community we have here in NZ, something I really cherish, celebrate and appreciate. So thank you peeps for being rad. All of you!

Have you taken part in the North Range Trio? If so then we'd love to hear what you thought of it. You can Rate it and give a quick Review here - all feedback helps other members looking to follow in your footsteps. Thanks.