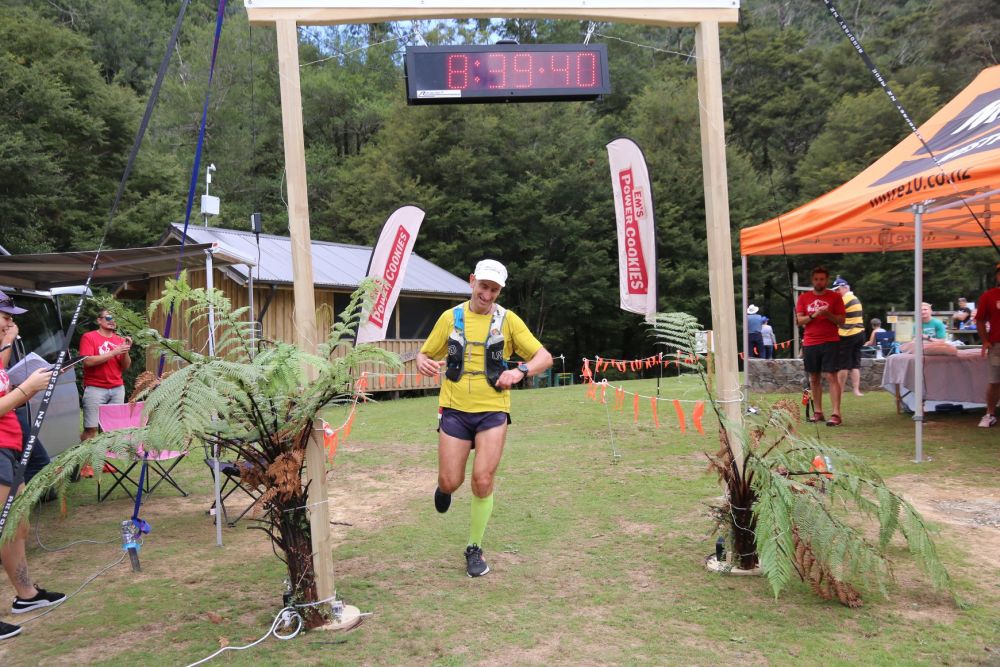 3 times a finisher. Forever a lover of this event. Pic by Photos4sale

Hopefully, it won’t come as too much of a shock to people when I say that athletic performance really is a fleeting thing. When you’re on the wrong side of age 40, chances are your days of setting personal bests, getting faster splits and moving up the ranks are behind you. So when you’re a runner, and your fastest days are probably gone, what is there to grab on to?

That topic was pretty central to a lot of conversations I had this weekend at the Old Ghost Ultra. The OGU is a race that I can’t help but wax poetic about. And after running in all three of the “Ghosts” to date (race report from 2016 and 2017) my love of the course, the event, and the incredible crew behind it all, has only grown. Personally, I was happy with my performance and ticked off some goals – but that stuff is far less important than the softer benefits that being part of this crew delivered. And that, after all, is what we can hold on to when time takes its inevitable toll and the performance of yesterday is gone – the friendships and sense of community remains.

For those who aren’t yet aware of The Old Ghost Trail, it is a relatively new trail, only having been completed three years ago. The trail follows a rough map of the route planned over 100 years ago in the mining days. Some of the originally planned track was built, as relics from mining days on the side of the trail at the Lyell end can attest to, but it was only in modern times, with the confluence of funding and vision, that the continuous trail was created.

The trail runs some 85kms from Seddonville to Lyell (or, as the mountain bikers generally do it, the other way around). Designed as a cycling track, the Old Ghost Road is a departure from most New Zealand backcountry trails in that it is an exceptionally well graded and maintained single-track. Apart from a series of steps around the halfway mark, the entirety of the trail is rideable. What this means for runners is that, whereas most New Zealand trail races require a relatively high level of technical skill, the Ghost is less punishing. Instead, runners need to get used to the distance (obviously), hundreds of steps that appear after they’ve already run 50kms and a trail surface that is pretty hard and rocky. 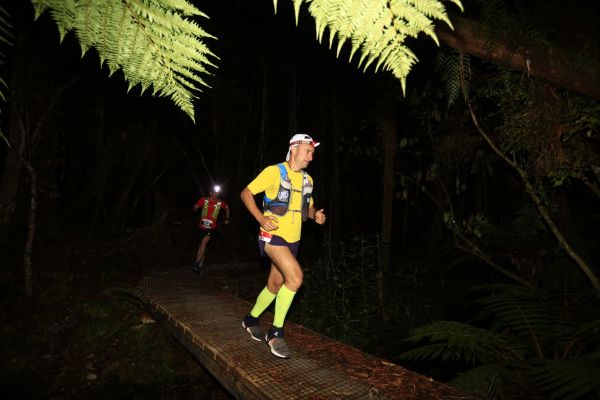 Only a kilometre or two into the race. Still feeling nervous!

The trail has several distinct sections. Upon setting off, runners – lit only by their headlamps – navigate a beautiful bush section up a river gorge. As the sun begins to rise, they are treated to glimpses of pristine waters through the verdant bush. After about 35kms, runners climb a series of switchbacks that take them to the Solemn Saddle and here begins an otherworldly section. The Boneyard is an appropriately named section of very tight switchbacks all cut into a rubble field. It’s downhill, but the rocky surface, loose material, and frequent hairpin turns make runners feel like they’re still working hard. Running in the wake of legendary Nelson runner, Stu Cottam

A couple of placid lakes and some flat open running brings competitors to the halfway mark, the Stern Valley aid station. Here it is time for some refueling before the fun stuff begins. Only a few kilometers out of Stern Valley, runners begin ascending a seemingly interminable climb which eventually brings them to the bottom of the notorious skyline steps. It seems amazing that so far from civilization there would be hundreds of immaculately constructed step but, on the Old Ghost Road, some things don’t make total sense.

At the top of the Skyline Steps runners have some more rocky climbing, a bit of descent, and then another long series of very tight switchbacks before coming out at Ghost Lake and enjoying the spoils at the Ghost Lake Hut aid station 9](which, for the past three years, has included West Coast whitebait.) From here it is an incredible section of around 10kms on the ridgeline of the Lyell Ridge, before descending back into the bush for a quick trot down to the finish line.

It’s kind of hard to articulate what makes this event special. At the race registration on Friday night, I took it upon myself to say a few words on behalf of the returning, non-local entrants. I explained to the crowd that the committee that puts the race on is made up of the same people who carved the trail out of the barren wilderness that existed there beforehand. Indeed, the chairman of the Mokihinui Lyell Backcountry Trust, the parent organization behind the trail, is the same person who is race director of the ultra. Phil Rossiter is perhaps the most humble guy I’ve ever had the privilege of meeting and it struck me that everyone who has run in the Old Ghost Ultra gains a deep and genuine respect and admiration for the guy. 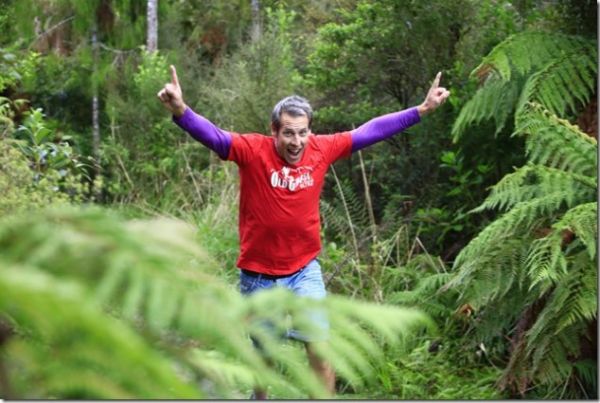 The man, the legend. Honestly, without resorting to hyperbole, one of the most inspiring leaders I’ve had the privilege of meeting, Phil Rossiter.

Finishing was awesome, there was a great crew already at the finish line and it was nice to have so many friendly faces there to cheer me in. 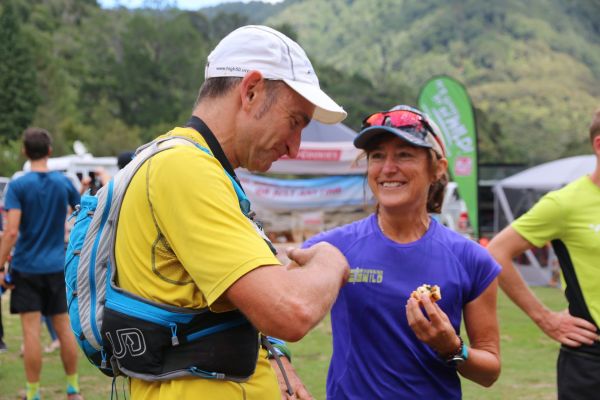 After my race, I decided to hang around the finish line and help Phil greet all the finishers coming through. It was a privilege to witness the tears of joy, whoops of celebration, and quiet satisfaction of those who “knocked the bugger off.” Obviously, the speedy heroes at the pointy end, who already had time to drive back to Westport and have a shower by the time I finished, are worthy recipients of respect. But perhaps even more worthy are those who battled through broken bodies, queasy stomachs, and serious self-doubts to get it done. To think that there were people who started in the dark, ran all day and only finished well after nightfall is incredible. Awesome to be able to congratulate other finishers in. Well done to Charlie Nolan on “getting it done!”

Final shout out goes to Lucy Bartholomew. Lucy is an international professional trail runner who wasn’t racing at Old Ghost but was there to try some of the trails and hang out with the fraternity. While Lucy could be forgiven for heading off home after she’d had a run, she instead chose to display the very attributes that make the trail running community a special one. Lucy stayed around till the bitter end and congratulated all of the finishers, as well as spending time talking to anyone who wanted to chew the fat. Thanks, Lucy, you’re a class act (and make sure you bring your dad to race next year with Yonni and I!) In how many sports do you get to hang out with the world’s best in a casual environment? Thanks for chatting Lucy

All photos courtesy of Photos4Sale

This blog originally appeared on Ben's own 'Diversity Ltd' web page - check out more by Ben.