Taranaki Off Road Half - a newbie's perspective

Taranaki Off Road Half - a newbie's perspective 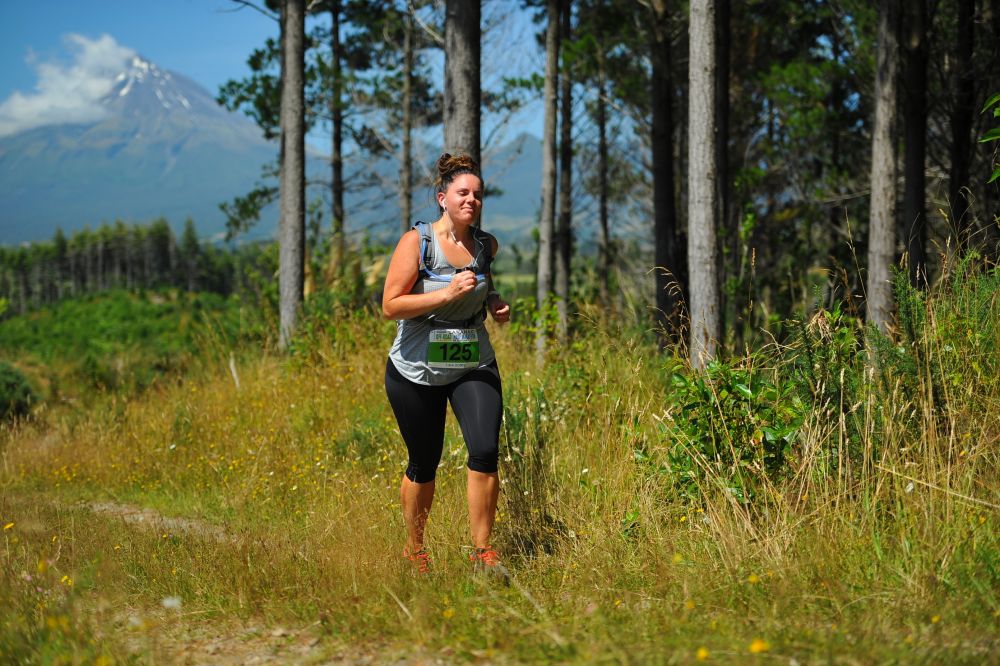 While a hens party isn’t typically synonymous with an off road half marathon, my first official event was indeed an off road half for my hens party! A weekend away from children certainly wasn’t going to be wasted - so a beautiful run followed by partying sounded like a great idea.

Cherie (trail running machine bridesmaid, mentor and inspiration) and I had made a pact that we’d run our own races, and I had my strategy sorted... walk the uphill, run the down and run as much of the flat as possible. My nutrition was sorted, pack was ready to go and we made it for the race briefing with 30 seconds to spare!

As the countdown started the nerves started creeping in, and within a few short seconds we were off. True to my strategy, I walked the hill at the start and continued on my way meeting many new friends along the way (how friendly are trail runners?!)

The hills in the first 10km were relentless. There was gravel, single track, clay flooring and forest track all brilliantly signposted and marshalled, which offered variety and kept things interesting. I had heard from others that the first half of this race is where the work is really done, and they weren’t wrong! The second half was much ‘easier’ in terms of terrain, but the few hills there were just seemed enormous. The switchbacks in the forest for a few kilometres were a real mind trick, I kept thinking people had passed me or that others were close enough to catch but neither were the case! 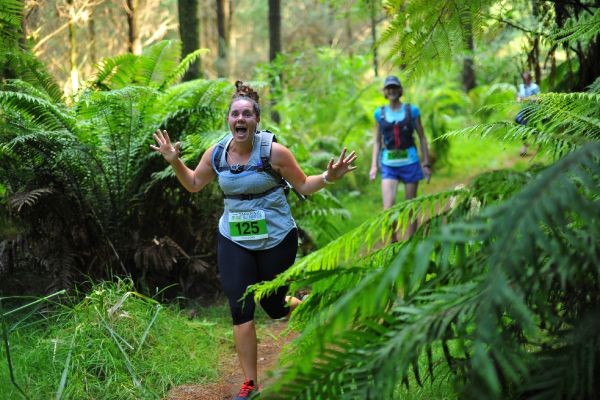 By the 15km mark I was actually feeling really good, and the next 5km flowed quite nicely. I think this was where the rocky section was, and then single track which I found really tricky. I’d lost my nerve a bit and walked a lot more than I should have.

The 20km mark hit and I saw the hill... I’m pretty sure it could have been a speed bump at that point and it still would have had the same ‘urgh’ reaction! After a wee breather and some stern internal talk to my screaming quads and calf muscles, off I went up the hill. The finish line was so close I could smell it, and that was the focus. Then I spotted the photographer... double whammy brutal!

Ambling across the finish line was the sweetest feeling ever. I felt a bit doo-laa-ley and overcome with emotion as Matt popped the medal over my head. It was quite a surreal feeling and I hope that feeling happens on every finish line - I suspect it will, a real sense of accomplishment. 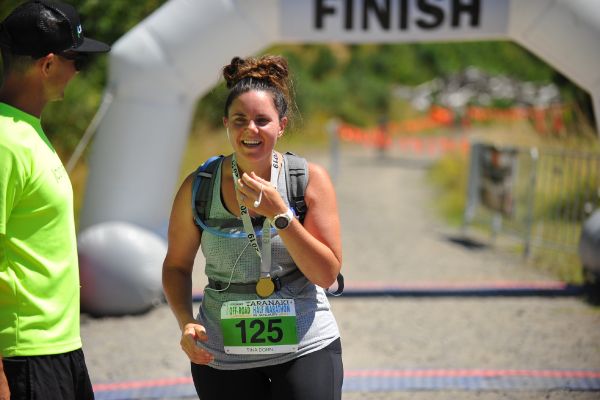 That amazing finish line feeling. Medal received from RD Matt Cleaver and it's smiles all round! Pic: Photos4Sale

This half marathon really did have everything. Stairs, swing bridges, a dam, awe inspiring landscapes that were mandatory photo ops, gravel, clay, trail, boardwalk, grassy paddock and some of the best volunteers and event organisation I’ve experienced (road cycling events could learn a lot from you guys).

If I, a full time working mum of four, can do it - anyone can. A half is a beautiful distance to train for, but challenging enough to have a real sense of accomplishment. There’s also a 10km and 5km option so all bases are covered.

See ya next year