Taking on the Old Ghost Ultra

Taking on the Old Ghost Ultra 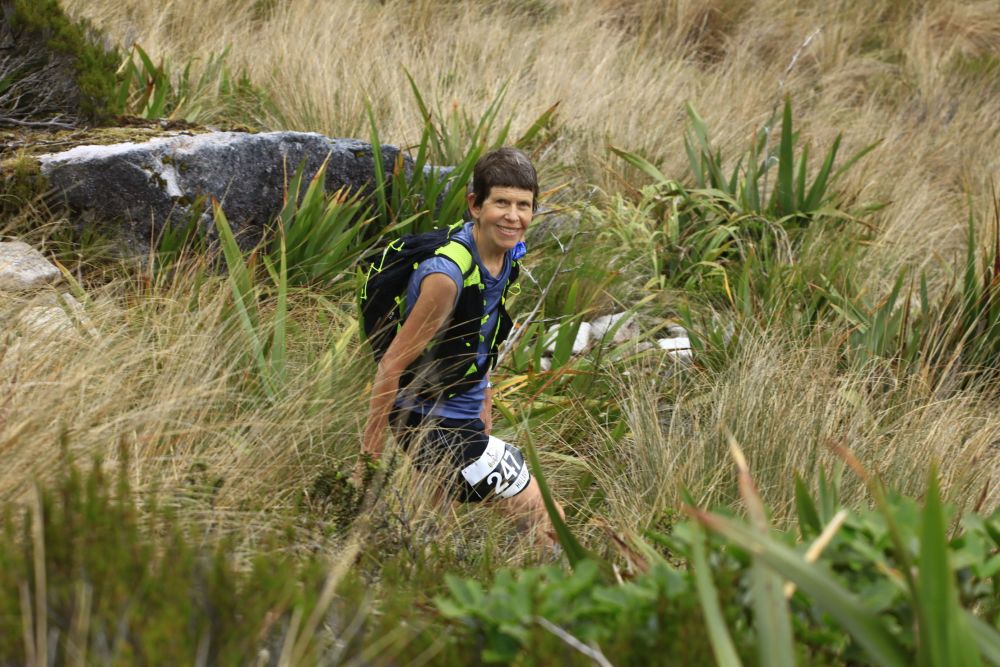 Remember to smile! Pic by Photos4Sale

The alarm went off at 4.30am waking up all four of us in our little Seddonville motel room. I had been trying to mentally prepare myself for that day for months, but it was hard to suppress the sense of dread. There was a little setback the night before, when Min admitted that last year she was so exhausted that she could not even manage to take any photos. Hang on, didn’t she say she enjoyed it?! Anyway, that morning when Louise asked "how are you?" I managed to say "excited" and I made myself smile a lot, even if I didn’t particularly feel like it. 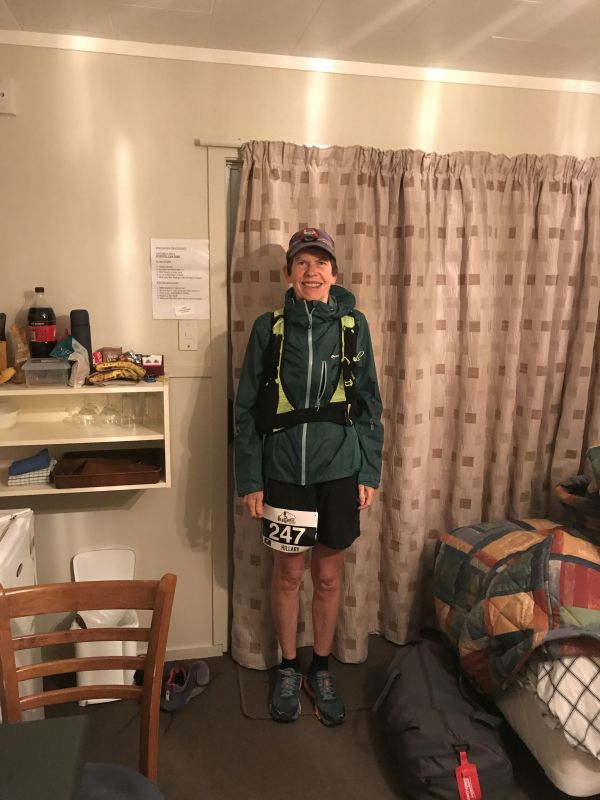 The original complex logistics were set up so that Cousin Sally could provide support for a race that started and finished in different locations, so when Barb had to reluctantly drop out due to poor health and work (and Sally was out of the picture too), it all seemed too hard and I was thinking of dropping out also. I had only considered such an extreme event after having such an amazing experience running the Motatapu Ultra with Barb the year before. Also, I had missed so many races recently because of injury, but for once I felt in good shape. Fortunately, running buddies Min, Louise and Simon came to the rescue and ‘jumped’ at the chance to come to support me. No pressure!

Angus, the runner staying next door was waiting on the porch when we came out to get into the car.  It was pitch black and raining – miserable - but there was no turning back now. We walked to the queue for a gear check and final registration and caught up with Marianne. There had been no clear arrangement that we would run together as I thought she would be too fast and I didn’t want to overdo it, but she was the most wonderful running companion as it turned out. We positioned ourselves at the back and headed off at the end of the countdown.

Fortunately, I found I was enjoying myself. It is always a tremendous relief to get going after all the anxiety. We chatted to an Australian who remembered me as a tail-end Charlie for the Hillary Ultra. She thanked me for the reviving potatoes I gave her and said that the event got them hooked. I heard the happy sound of screeching kiwis and then Marianne crashing on the ground. She was up in a flash, laughing it off, fortunately.

The first part of the track is a gorgeous meander through the bush, slightly uphill. There were plenty rocks to trip you up, and with headtorch it was good to keep a careful eye on the ground. Our feet were wet by streams and large puddles from the very beginning, the river adjacent was brown and swollen. Eventually it started getting light, the rain had stopped, and we were running past the cliffs and on bridges over sharp ravines. Marianne was setting a good pace and we got to the Specimen Point Hut at 8:20am which was 35 minutes before the cut-off.

I was interviewed by Phil the organiser on live video while I waited for Marianne in the loo. I told him that I was still on the plateau and hadn’t lost any ‘will to live’ just yet. His description of the condition known as WTLI (Will To Live Index) at the race briefing was hilarious - apparently a 'scientific study' showed a downhill trend by competitors during the course of the race, with slowly decreasing spikes in WTL at the aid stations. Worryingly, the studies showed no increase after finishing.

We headed off on the longest leg - 25 km to Stern Hut. It was a lovely winding route through the bush and beside the river that was totally runnable. A young woman joined us as we chattered up the next big hill and said how much she admired us. Marianne suggested that was because we were old (which was true as we are both 63) and told her when we were young that women weren’t allowed to run marathons. This must have totally confirmed her view that we must be ancient! Shortly after, we were too puffed to talk but made it over the top to the Boneyard. By this time, I had found my blueberries and was really enjoying the fast pace down past the little lakes and eventually to the aid station.  Although we were far from feeling as fresh as a daisy (as recommended by someone called Martin) Marianne got her gear bag and poles, then we headed off for leg 3. A few days before I had been in contact with my old running pal Shelby, who had given me a list of mantras to help during the low times. It was great to remember some of them, but I had also seen an article in the Wild Things Library by Adharanand Finn which I also found really helpful. He suggested staying in the moment, enjoying the peaceful surroundings and not thinking about the finish or people’s reactions.

Unfortunately it was hard to stay focused about that in the next section, as I started feeling really whoozy as we followed the track up the forested hill. Marianne was right behind me as I was slowing a bit. I hadn’t really eaten much as it was all too dry or too sweet. I was wondering if I was going to make it. Very thirsty and drinking a lot. But we finally got to the dreaded stairs and the relief was incredible, I felt totally refreshed. There were a bunch of people hanging at the bottom reluctantly looking up, including Ferruccio from Auckland running groups RUNNNS and HRBR, who had a cramp and was taking it slow. Marianne and I chatted and enjoyed the views the whole way up the stairs, all the way up the windy path that went up, then down, and way up again. Finally, at the lakes we skipped along and got up to the hut at 55km at around 3pm. 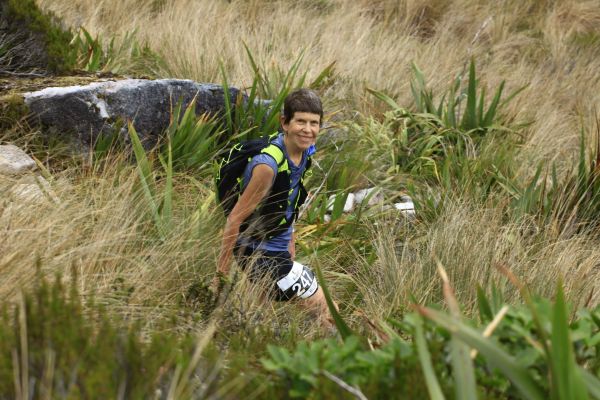 It was pretty hard to get anyone to leave that particular aid station. I took armfuls of the salty chips and a cup of coke. By this time the weather had deteriorated, it was raining, and the clouds had closed in. It was suddenly cold. I had forgotten how steeply the track goes up after the hut for what seemed like a very long while. I was starting to feel tired. We finally got to the ridge and soon after saw a familiar orange jacket – Min – our guardian angel. She fed us delicious blueberries and helped me find my gloves and hat, as my hands were frozen by the cold. Min looked as bright as a button despite running 25km up the hill from the end to support us.

Wanting to get to the last aid station as soon as possible I started thundering down the rocky track. I could feel every stone through my shoes which was rather painful. Eventually we got to Lyell Saddle and met up with Grant from the gym, whose hamstring was playing up. This explained why he hadn’t finished already and was back with us plodders. He took off and we followed soon after, but Marianne wasn’t feeling that great and kept tripping. Min told me to go ahead and she would stay with her. I managed to mostly run quite fast as I was desperately tired and keen to get to the end. I was delighted to see Louise at 7km to go. Chattering is so good for the soul and this gave me more energy to run on, past a couple of very sad souls who could not even respond to a cheery hello, and some happy supporters. Finally, Louise said - you have made it Sarah! And there was the bridge and finish ahead of me, a high five with Mal Law and I was through the gate at 13:05. So happy. Messages from Barb and the family and lots of hugs. Soon after, Marianne and Min arrived, triumphant. 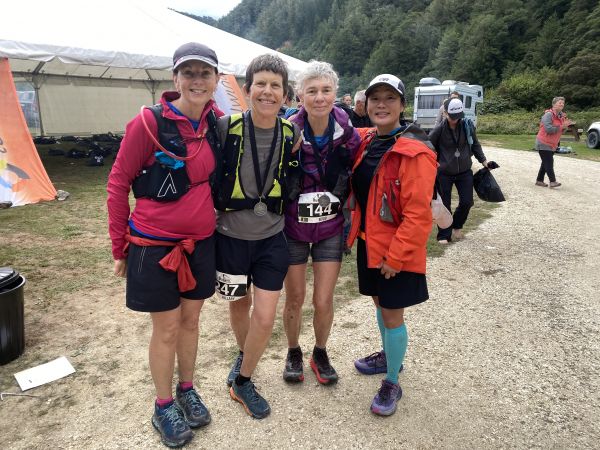 I can’t thank the organisers and volunteers enough; it was an unforgettable day.

Have you run the Old Ghost Ultra? If so then we'd love to get a short Review from you on our Partner Events page. Your comments will help other Wild Things keen to follow in your footsteps and it only need take a minute or two. Thanks for your contribution!