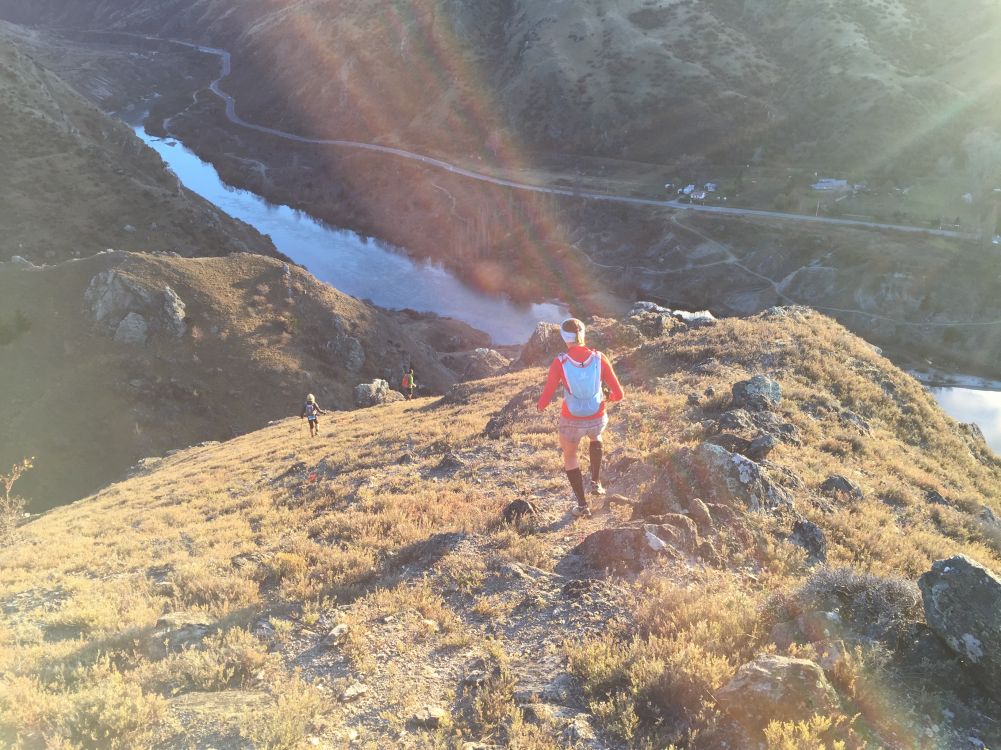 Just one of the squad-smashing Mt Difficulty descents

I'm not normally one for writing much, but since I took so many photos during the race I thought I'd throw something together.

A bit of background first - I did the Half Marathon in 2015 (my first ever race) and then came back and did the Marathon last year. 'Twas brutal. So cue May this year and I thought I'd give it another crack. I hadn't done nearly enough hill work compared to last year, but I thought "to hell with it". Three weeks out from the race, whilst I was out doing a nice loop down the Roxburgh Gorge as a long run I managed to strain my calf muscle. So... a week and a half with no running, I tried to look on the bright side and think of it a a forced taper -something I struggle to do normally.

So race day rolls around, I was not feeling confident at all. Firstly, I wasn't sure my calf would hold up to the brutal ascents, secondly, I was under prepared for the hills. Going in to each race I give myself three goals, A,B,C - each easier than the last in the hope that I achieve one! For this race these were:

It was an uncharacteristically warm morning, with a balmy 10 degrees Celsius on the mercury. Hardly a breeze, and not even any inversion layer cloud. Perfect conditions (unless you are Race Director Terry Davis who is a tyrant and wants weather so bad it is on the cusp of having to call the race off). 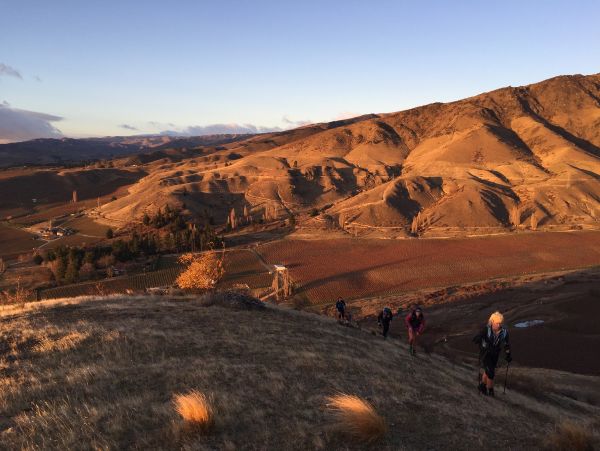 So off we went at 8am. Heading down Felton Road in a flurry. We quickly nip off the road and into the Bannockburn Sluicings Historic Reserve for the first wee while. A lovely quick jaunt up through the old mining remnants before dropping back down the other side to the end of Fulton Road. We then head along a little to Nipple Hill - the first climb of the day. Not much of a climb by Mt Difficulty Ascent standards, but enough to have me questioning if I had made good choices in the lead up to the race.

The best part of Nipple Hill is the sunrise that occurs as you head up, generally being greeted by the newly risen sun just as you reach the ridge. Things feel less bleak (for a while anyway). Once over the top of Nipple Hill, you are into the first of the awesome descents in the race. An awesome run down a ridge line which progressively gets steeper as you hurtle towards the Kawarau River. I was heading down the ridge here when all of a sudden a blur shot past - Ryan Carr, who should have been far far ahead of me, not roaring up from behind, turns out he had a little extra mileage to his race and was busy making up time.

It was a slooow trudge up the hill, one foot in front of the other, with many stopping breaks. Thankfully the calf muscle seemed to be cooperating and things went slowly but surely. It is a hard slog, but the is something so enjoyable about turning around and looking back the way you have just come. It's a beast of a climb, but a great one.

At the top of the climb it levels off for a while and follows a water race as you sidle around the hill. Then it is a nice quick descent down the farm road to a ridge next to the one from before. Heading along and down this second ridge is one of the highlights of the race. Again, gets steeper the closer you get to the river, until you reach the rope section which is always a good bit of fun.

Once at the bottom we retrace our steps along to the Mining Centre again, instead though, we head up a second ridge. This one leads all the way to the top... 960m climb in 2.8km (Strava Segment). I despaired last year on this climb, at one point sitting down and messaging my wife that I was totally over it. This year I had headphones and used music to distract me which worked a treat. I used the strategy of walking to every second marker, stopping, occasionally taking a photo, having five deep breaths and then repeating. Must have worked well as I made a few places up as I went.

Getting to the top is great. Nothing like that feeling of having knocked it off. Was windy on top, but given the heat down further it was quite refreshing. The elation needs to be quietly tempered with the fact that at that point, you are still only just halfway in to the race (about 21.8km and some 2000m climbing).

From here, it is an awesome 8km or so run along the ridge line towards Slapjack Saddle. The views are amazing with the ability to see towards Cromwell and Tarras as well as down the Gibbston Valley. It was a welcome respite for the legs after the previous 4 hours or so. I ran this segment for a while with 3rd place women Sia Svensden which was great, a lovely chance to chat to new people and help pass the time!

Reaching the Slapjack Saddle Aid Station brings up the big 3-0 kilometres, and then it is straight in to another climb. It's about this time last year I started cursing Terry's name, but this year things were a little more bearable as I knew what to expect. The uphill then turns into a nice run down in to Log Gully, followed by another slog back out.

It was around this time that I decided I might actually be able to get near to my time of last year, something that I didn't think I;d have a chance of achieving the day before. So it was a nice wee kicker to get myself up the hill and take less photo breaks.

Finally, getting to the last aid station. Such a great feeling. 8km to go, downhill. Yes.

At the aid station I took the time to flick a message to the family to say I was about 40mins away. Then it was off down the hill to try and beat me previous time. Bombing down the hill my quads were complaining something wicked, but never mind, didn't need the much anymore for the rest of the day! 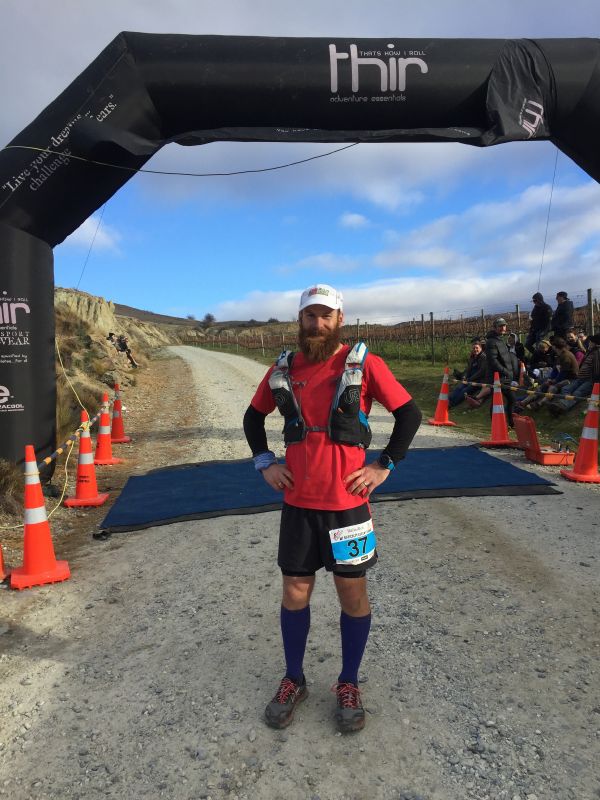 By the bottom of the hill the legs were screaming, I may have overdone it slightly. I'd manage to catch up with another runner and I thought "great, I'll nip past him and head for home" but as soon as I picked up the pace my hamstring decided that was a rubbish idea and protested vehemently. After that, I tucked in behind him, and we made our way to the finish.

Until I found out that the guy ahead of me was 3rd place male. Bugger. Took a little shine off, but I shall comfort myself with knowing I exceeded all my goals and cam away with some lovely photos and having had an awesome experience.

If you like a good challenge, I seriously recommend you give this race a shot. Thanks Terry and all the others who helped to put this race on.