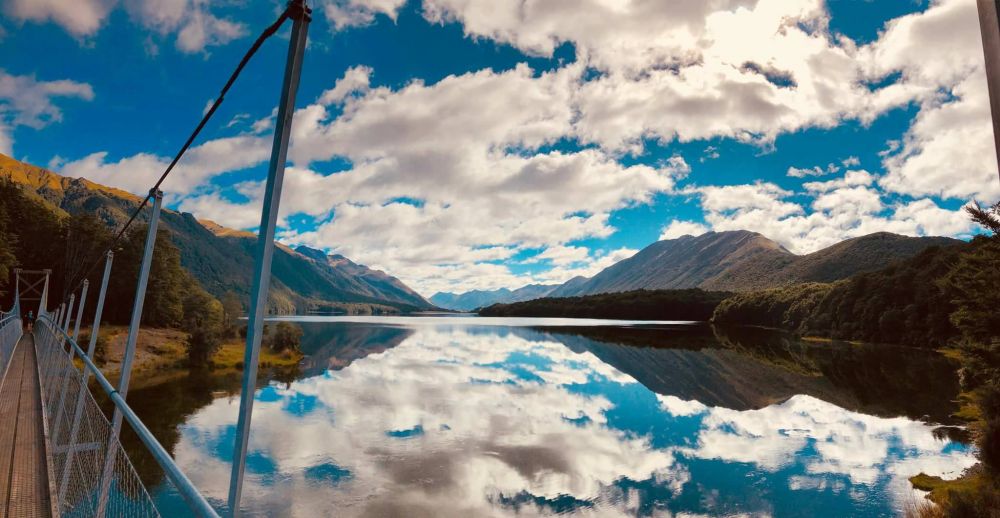 The beautiful Mavora Lakes - what a venue!

So often in events we are racing a distance, so it makes a nice change to be racing the clock.  It’s also nice to run in somewhere just a little bit scenic, the Mavora Lakes are certainly that, it’s a nice place to spend some time even if you are not running.  I first ran at the Lap the Lake a couple of years ago and decided then and there that this was a race I would never miss.  Although I then went and missed it last year, I was back with a vengeance for this year’s event.

Arriving the day before, I set up camp with my pal Justin in the pouring rain.  Already staying at the DOC camping ground where the race is staged from, was Trevor and his wife from Tauranga.  They were 5 weeks into a road trip and had stopped at Mavora to have a bit of peace and quiet and do a spot of fishing.  I told him he didn’t pick a good weekend.  Over the course of the night more and more people arrived and Trevor had to say goodbye to his serenity. 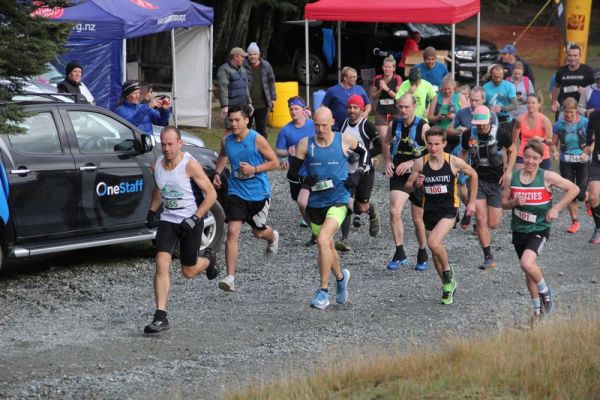 Anyway cutting things short, registration and race briefing happened the next morning and we were all off running at 10am.  Well, nearly everyone.  When I last raced here a couple of years ago I thought I was having a storming run for second place until I was passed by Chris Rainy, who then passed Steve Tripp not long before the finish to claim the title.  That’s all well and good except that Rainy had turned up 30 minutes late for the start.  I heard stories he might be coming this year but so far... nothing.

The rain had stopped and we were actually running in some pretty nice conditions.  The course follows down the gravel road to the bottom of South Mavora Lake, before crossing a swing bridge, following the track through the bush up the other side of the lake, across another swing bridge back to Trevor’s quiet camping spot, a loop of a tad over 10km. I kind of lied when I said I was back with a vengeance; I was taking things sedately as I recover from an Achilles strain.  Not taking it easy was Steve Lang, who set a cracking pace completing his first loop in less than 55 minutes and four minutes ahead of second place runner Isaac Tripp.  About a minute back was Isaac’s dad Steve who had been having nightmares about the day when his son finally beat him in a race.  Time would tell whether this would be that day.

Taking care of business in the women’s race was Heather Barnes, completing her first lap in a tad over an hour but with daylight between her and second place.  The real battle here was for the minor placings.

I started slow then got slower on my second lap, making sure when I passed through the transition to ask Race Directon Darren Frazer if Rainy had turned up; he hadn’t.   On my third lap I got even slower, deciding to walk as my Achilles was starting to hurt.  DNF’s don’t exist in race the clock events so I finished with 3 laps.  Steve Lang though was still doing his thing at the front of the field and Isaac was pulling further ahead of his dad, gaining a few more minutes on his second lap and pretty much maintaining that lead for the third lap.

Was Isaac going to maintain this lead?  No, his dad Steve eventually passed him to restore order to the Tripp family, completing his 4th lap 15 minutes ahead of Isaac before deciding he had done enough for the day.  Not so long ago Steve had completed his first miler at Northburn, so his legs were weary.  But not so weary that when Isaac came running through the transition and boldly told everyone that he only needed to complete another half lap to beat his dad, Steve laced up to run his son down and claim second place!

In the women’s race, Heather’s lead was commanding, being nearly an hour ahead of the next placed competitor after the second lap and eventually going on to be the only woman this year to complete 5 laps.  Lap the Lake veteran Lyla Belesky was showing all her experience as she stayed in touch of Jill Smyth on their second lap before overhauling her on the third and snatching second place.  They both called it quits after that as not enough time remained to complete a fourth.  More importantly, Lyla also won bragging rights in the Belesky household, beating her husband Scott by nearly a minute. Actually that’s a lie about Lyla winning the Belesky household bragging rights; their daughter Jordis won the kids race and their dog Skips won the canine race.  There were several dogs on the course but Skips was the only one officially entered so won by default.  But a win by default is still a win.  He can feel a bit cheated though when he was denied a prize sausage by the vet.

There was still action to be had in the teams’ race though.  The previous record in that particular event was 7.5 laps, a record Darren thought might never be broken but a plucky bunch of school kids from Queenstown thought differently.  Having completed 7 laps in 5:18:48, they only had a touch over 41 minutes to complete a final lap, faster than Dwight Grieve’s single lap record.  Could they do it? No, but they got bloody close crossing the finish line 2:41 minutes past the hour.