Running through home base on this fabulous loop course. Pic by Stephanie Berry

Show Weekend in Canterbury is typically a time for us Cantabs to cool our heels with a few bubbles, a show, a horse race or two and generally let the hair down with the last Public Holiday before that mad sprint through to Christmas commences in all its annoying earnestness. On November 17th & 18th 2017 that changed forever for the local trail running community with the inaugural running of the Krayzie K's Trails extravaganza at Orton Bradley Park on Banks Peninsula.

Options abound, from a gentle 6km introduction to the mix of native bush, babbling creeks and open farm trails through to 12.5km, 25km, 50km, 100 km and 100 Mile options. Something for everyone, from your mellow short form gallop through to the masochistic Ultra Krayzies among us.

As one of the numerous number card carrying boundary pushers in the Wild Things NZ Trail Running Club it was with some glee that I lodged my entry and intent to give the full 100 Miles a crack. Having wielded the Hanmer Old Forest 100 Mile Buckle since May this year a few changes had been happening on the sideline at home - new house, new baby, winter and a general easing off in mileage. But no niggles and the headspace was good. The main pre-race worry was the extra vertical. Hanmer totalled 3,000m for its 160km, this one promised double that, and some.

It was a rubbish sleep the night before the starters 'gun', I think about 4 hours of quality sleep all told. Pre-race sleeps are often like this with the mind's eye annoyingly on the clock for that get up alarm. But like the last three events I've run this year it was the comfort of my own bed, in itself a real treat.

With a buddy from the North Island Iain, a.k.a "Ratty" in tow we arrived to a relatively quiet Orton Bradley, 40 mins before start time for the Miler. Quickly unpacked the car and got the awesome support crews enlisted before Ben, Michael, Luis and myself fronted up to the detail on the course and the race briefing with Stephanie 'Krayzie Chick'. With due attention paid to ensure no 'bonus km's' were on the menu we soon moved to the startline, shook hands and took before photos. It was a short wait then for Wild Warrior George McNeur to sound the starter and away we went. 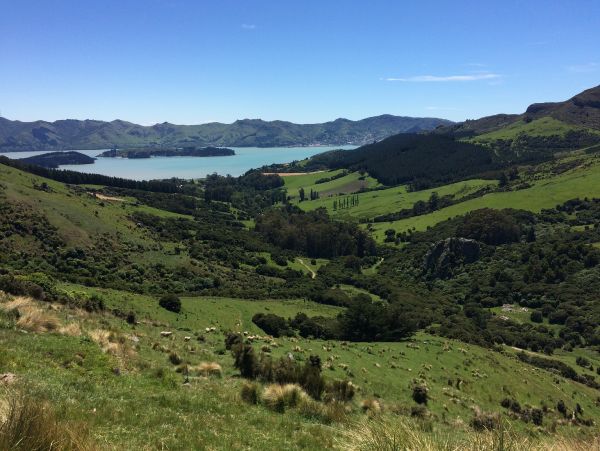 It was soon obvious the first 6.5km loop was the crux. First rule of ultras - start slow and get slower. Second rule - walk the ups. This course is so well planned and crafted that both rules are compulsory straight away, with a climb of approx 300m to get the body into movement mode. Steeply up through the pine forest (with those pine nuts to impair traction!) and before long we emerged onto a farm trail. Then up some more, before hitting the tablelands area and a nice undulating sidle. The best views of the circuit are gained here, across Lyttleton Harbour to Quail Island and the Port Hills beyond. A massive shout out has to go to George for his week long weedeater onslaught to make sure our trail was well defined and nice to run. 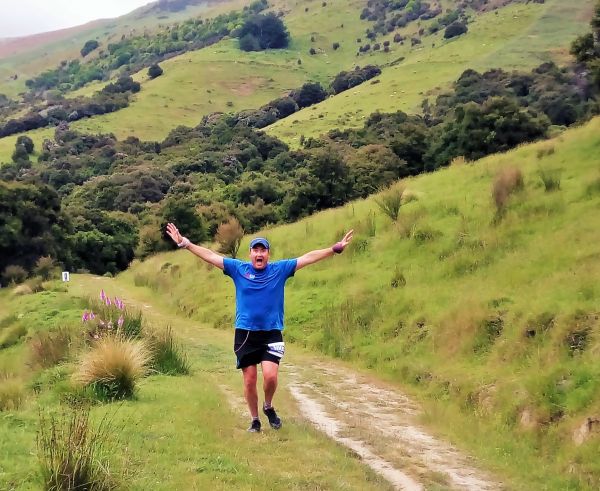 The first loop finishes with a swift 4WD trail downhill, then a cruisy jog down valley with an extra slight bit of vert for good measure (that'll hurt later) and its back at home base. 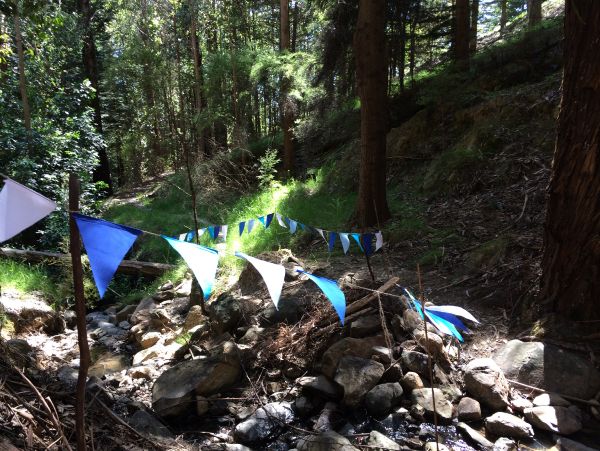 Loop 2 was definitely the prettier, following a series of bushclad waterways around the eastern flank of the park. Less vert but still plenty of uphill and stairs to tackle, nice tight often technical trails, and the odd boggy bit to dirty the shoes. I found most of the photostops happened here, just wonderful to have such nature yet be so close to town.

One of the joys of loop events is the ability to set up 'home base' with all the food, gear and support crew you need and regularly pass through without having any extra weight to carry. Team Kepes run a flawless show on this front and are always generous in their time with other competitors. For this they deserve medals, as do the myriad of other supporters and entrants for the other distances who were always quick to offer assistance for the transitions.

Its amazing how fast a day can pass when you are running giant loops - before we knew it was getting near teatime. By now Michael and Ben were well ahead and duking out a titanic battle at the front. I was in cruise mode, ticking off 60km and a 'Kepler" with no sore bits yet. Funny how distance is relative sometimes. Anyway, into the dusk then the night, grinding out those km's. Somewhere in the dusk we lost Luis. Ambulances are never cool to see at an Ultra but on this occasion I think a muscular issue was far more preferable than anything more sinister. Massive ups Luis, you still nailed a 50km Ultra. Be proud mate.

Night running is a funny thing. The interesting thing on this course is you could see the lights of other competitors in the Miler and 100km, all chugging around different hillsides. A great cure for any loneliness. Of course then there's the 'dark place'. The lack of pre-race sleep came home to roost and I took the call at 2am to take a half hour 'powernap' to avoid falling accidentally sleepwalking off course over Mt Herbert. Somehow this turned into 2 hours, but wow, so refreshed. Had a wonderful lap after this through to dawn, almost the quickest of the lot. 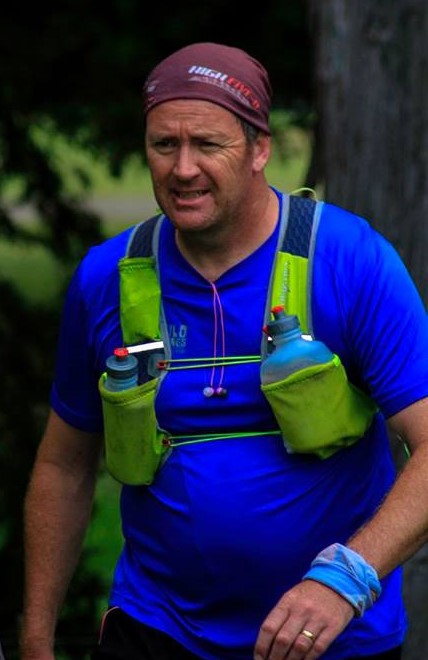 Then the real wall came. It all caught up big time around 110km, it just dumped a world of fatigue on me that I was ultimately not going to get back from enough. Some awesome hospitality at home base from the crew got me back on the feet after a long rest, but the zing was gone. I pretty much walked the next 15km, before reaching 11am and the starter's gun where Mrs Sharpe was heading off for her event. Mental calculations had me taking till 8 or 9pm to finish, maybe beyond and well past the cut off time. 27 hours and 125km on my GPS told me it was time to sit down with the kids and let my lovely wife have her moment in the sun.

A DNF? Maybe, yes. A Did Not Try? No way, the third longest run of my life behind only the Hanmer Old Forest 160km and the Christchurch 360 trail 133.5km last year. I'm still basking in the reflected glow a couple of weeks later - buckle or not. Thanks George and Steph for organising a superb event. Put it on your Buckle Lists everyone!

Postscript - a massive shout out to our finishers Michael Stuart and Ben Kepes, 1st and 2nd, and to all the other competitors, be it 100km or 6.5km. It's all about relentless forwards motion. To put this course in perspective - Ben's time at the Hanmer Miler was about 11 hours quicker!