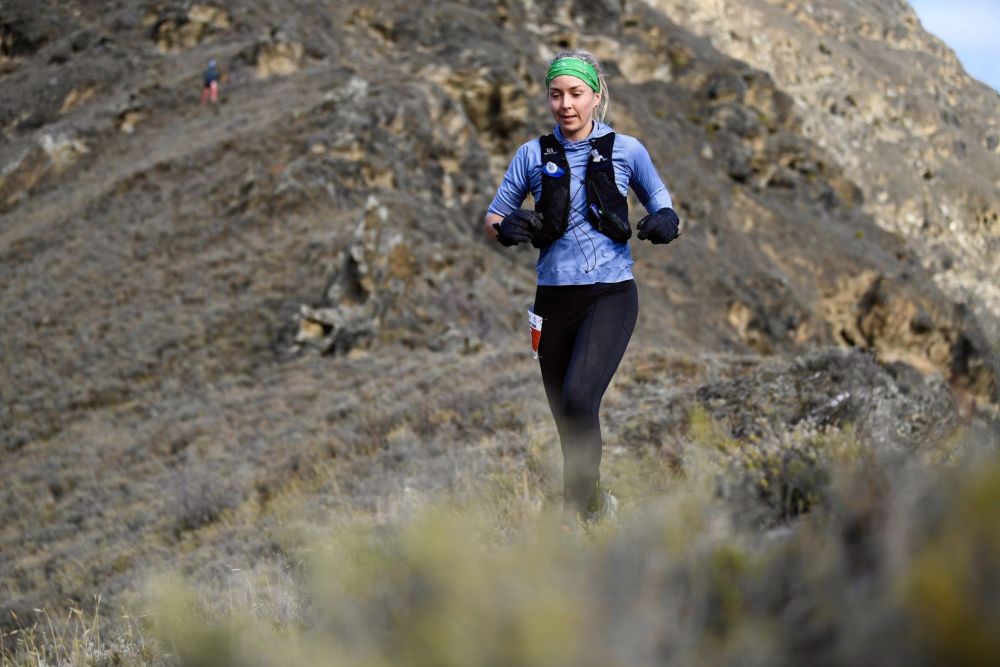 One of the first races post lockdown was the Mt Difficulty Ascent, just out of Cromwell in the South Island, aptly named it already gives you some insight into how to manage your expectations and to be prepared for A SERIOUS MOUNTAIN MISSION. Having heard the rumours of the steepness of the climbs, I opted to take part in the 25km (there’s also a 44km option) and test out the lockdown gains, or lack thereof. 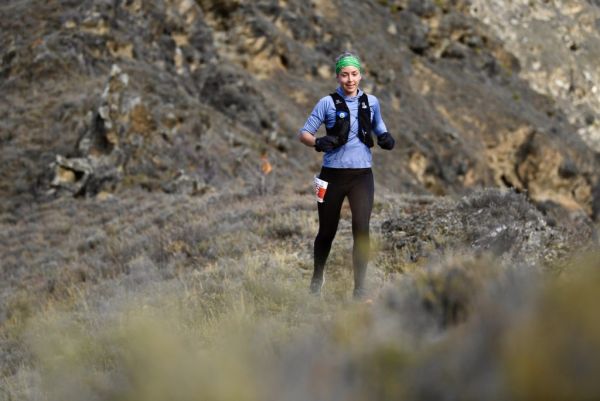 THE CONDITIONS
The weather forecast was looking anything but favourable in the days prior to the event and it was looking like snow was very likely. The 25km race started at 9am, so I left around 7am (from Wanaka) to allow for plenty of time for faffing-about prior to the start (hate to rush so always go early). It poured with rain the whole drive, which cemented the thoughts of ‘it’s going to be an adventure’

The event was limited to 100 people adhering to all the social distancing guidelines and restrictions of COVID19 with a relatively even split between the two distances. It was exciting to have a race back on, having had three races cancelled, Northburn – 42km, Southern Lakes Half Marathon -21km & UTA 100km, over the past couple of months.

Upon starting the weather brightened and the need for my extra layers of RAB gear (sponsor) started to diminish. At 9 am we headed off and I was ready to take on the elements of the day and tackle the climbs I’d heard so much about. I set myself a rough goal of finishing between 3.30 – 4 hours, based on what I thought my current fitness level was at.

The first 4-5 km are undulating but relatively flat, as you make your way along some trail and through a vineyard. I tried to keep my heart rate down as it’s often easy to get carried away at the start in the excitement and feeling fresh.

NIPPLE HILL
The first ascent (I believe it’s called Nipple Hill) spiked my heart rate considerably, and my calves instantly let me know they were there and had something to say about this climb on a cold morning. I kept the pace steady and made my way up the climb and down the other side which was rather steep and gave you an insight into what was to come.

At the bottom of Nipple Hill is a wide runnable but undulating track, and this is where we passed through the first aid station, I had everything with me so didn’t stop for anything, after about 2 km on the undulating track was where the type two fun really began.

Having never done this course before I didn’t know where I was going, but I spotted another runner waaay up high on the side of a hill to the left and realised that was where I was headed. This was the first ‘real climb’ of the day, putting Nipple Hill to shame (which is actually a decent hill it it’s own right), and really giving my calves something to complain about.

The ‘slog’ began, there was no set track but bits of orange tape on the ground or bushes along the way, spotting them gave me something to think about along the way, the climb was about 500m of ascent in 1 km. I’d heard gloves were a good idea for this course, so I went for a sturdy pair of snow gloves so I could really grab onto stuff when needed. This proved useful for grabbing rocks and pushing past thorny bushes, there were some very steep sections, every now and then i’d look behind me only semi wanting to see the view, the height/steepness made me feel a bit weird so I focused on the task at hand scaling the mountain!

It was all going swell until I stood on a slippery rock and did a small rolly-polly, grazing one side of my body, not bad enough to affect my race, but bad enough that I looked around some sympathy from someone else, but no one else was around.


NUTRITION IS KEY
Fatigue and feeling ‘puffed’ half-way up the side of a mountain doesn’t make you feel like taking on much nutrition, but I have learnt to be quite strict with this as you really pay the price for it later on if you don’t, so I forced myself to have a gel mid climb.

For this race I took 2 x 500ml of Tailwind, and a mixture of Pure Nutrition Gels, Em’s Power Cookies and Gu Chews (obsessed with these). Everyone’s nutrition needs are different, i’ve never had any issues with gels so continue to take them. My general plan was to sip on Tailwind and refill the bottles with water along the way and take either a Pure Nutrition Gel or some GU Chews every 45 minutes.

At the top of the climb it was pretty darn chilly so I kept moving to avoid getting too cold, there were a few undulations and a light covering of snow as we made our way along the water race and down the first long-ish descent we’d had, this was my favourite part of the course, and after the climbing it was nice to be able to run properly.

RUNNING DOWNHILL
Being quick over technical downhill terrain doesn’t really come that naturally to me so I try to give myself a few reminders. 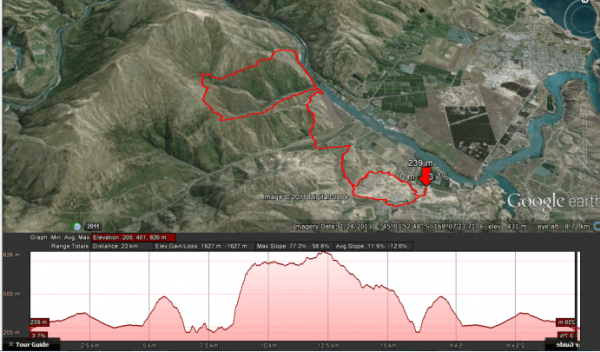 ROPE SECTION
I headed towards the ‘rope section’ I’d heard so much about. Having never ascended or descended on terrain this steep before I wasn’t sure if I would enjoy the steep downhill ‘rope section’ or not, but turns out it was really fun! The conditions under foot were great which helped, and there were a few people on the rope at the same time so I could watch what they were doing. I held the rope in one hand (with my big snow gloves on) and had fun sliding and navigating my way down the steep terrain. I put a lot of trust in the rope (my whole body weight) but it was worth it and a lot of fun.

BACK UP THE NIPPLE
At the bottom of the rope section we were back at the original aid station. Three quarters of the way through the course now, fatigue was setting in and it was a bit of a grind back up Nipple Hill, but continuously putting one foot in front of the other keeps you moving, as does the thought of nearly being finished.

The last part was a few runnable km’s back to where we started, with pretty fatigued legs it was a bit of a mental battle, especially as it was mostly a slight uphill gradient. I bargained with myself and ran walked in blocks of twenty up the hill and then ran in the remainder of the descent to come in in 3 hours 47 minutes.

The climbs are tough, but for anyone who loves an adventure and a challenge – I’d highly recommend giving it a go.